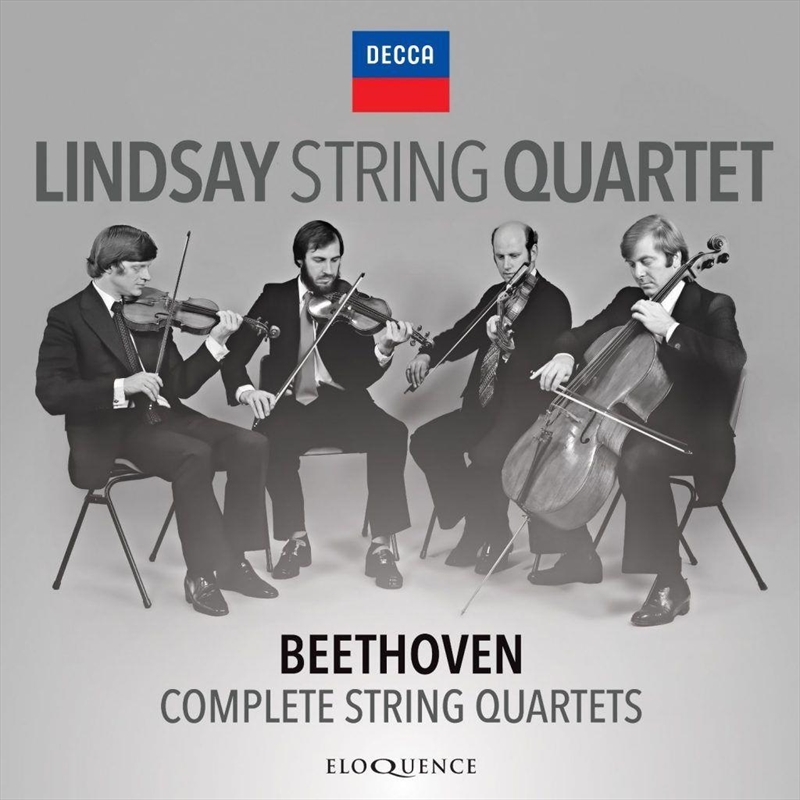 Through the course of their 40-year career, the Lindsays were synonymous above all with the string quartets of Beethoven. They began playing together in 1966 while still students at the Royal Academy of Music in London. Six years later, Ronald Birks took the second violin chair to join leader Peter Cropper, violist Roger Bigley and cellist Bernard Gregor-Smith.

As the quartet in residence at the universities of Sheffield and Manchester, they began to scale the monuments of the repertoire, and they developed a collective identity – “the Lindsays' sound” – which became much better known once they started to record the quartets of Beethoven for the Enigma label in the late 1970s. Opp 74 and then the six Op 18 quartets were released as analogue LPs before the Lindsays moved to the ASV label and recorded the rest of the cycle with new digital technology.

Instantly recognisable even now and quite distinct from the ensembles of note who came before and after them, the Lindsays always sounded like a quartet of four discrete and entirely individual personalities. They soon became celebrated for a fierce, even ferocious commitment to both the notes on the page (taking Beethoven's repeat marks seriously when it was still unfashionable to do so) and to the sometimes rough, often tough and yet elevated spirit of music that still sets a benchmark for both ensembles and listeners. The Lindsays left nothing in the rehearsal studio, even when the red light was on.

Already in this first cycle, the Lindsays take chances, stress the forward-looking nature of Beethoven's writing, and put interpretation ahead of finesse. When the late quartets were released together, they won the 1984 Gramophone Chamber Award. The ensemble re-recorded the entire cycle for ASV in the 1990s: the Lindsays sound remained the same while the interpretations evolved over the decades, becoming not objectively better but different. Parts of the first cycle such as Op. 131 go to greater extremes of tempo and dynamic in search of Beethoven's elusive truth: the opening fugue almost hangs in mid-air. Yet there is no shortage of fire in the belly of the C minor Op. 18 No. 4 or grace and wit in the ‘Razumovsky' scherzos.

This landmark set in Beethoven interpretation is reissued by Eloquence with a new booklet essay by Tully Potter, exploring the place of the Lindsays within the context of the great string quartets.