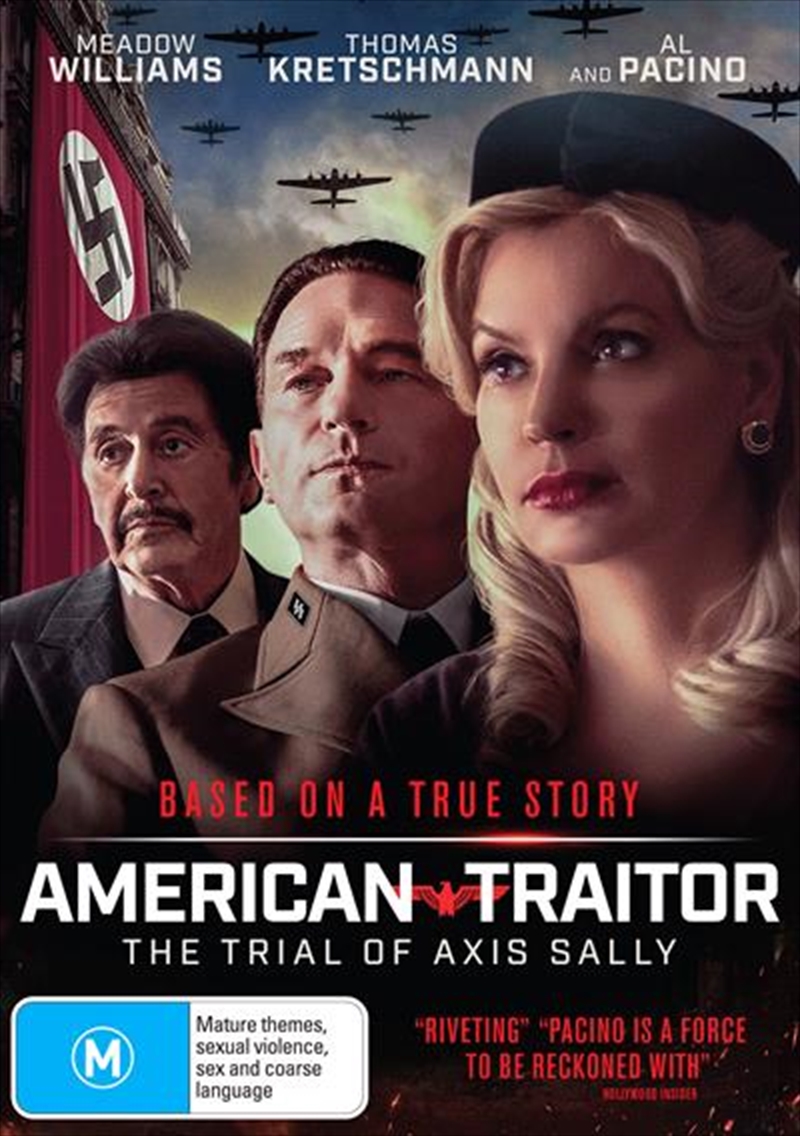 In the darkest war her voice was the most powerful weapon.

Screen legend Al Pacino, Thomas Kretschmann (Dragged Across Concrete) and Meadow Williams (Den Of Thieves) star in this lavish movie from the producer of The Irishman that explores a fascinating, untold true story of World War II. An American living in Germany before the U.S. entered the war, Mildred Gillars was hired by Joseph Goebbels to join the Nazi propaganda machine. Dubbed Axis Sally, her radio broadcasts became an integral part of the Third Reichs efforts to deter and demoralise U.S. troops. Following the end of the war, however, Gillars was caught and returned to the States to stand trial for treason a sensational case that would try to uncover whether she was a traitor to be hanged, or just a woman doing whatever she could to survive the horrors of war.
DETAILS