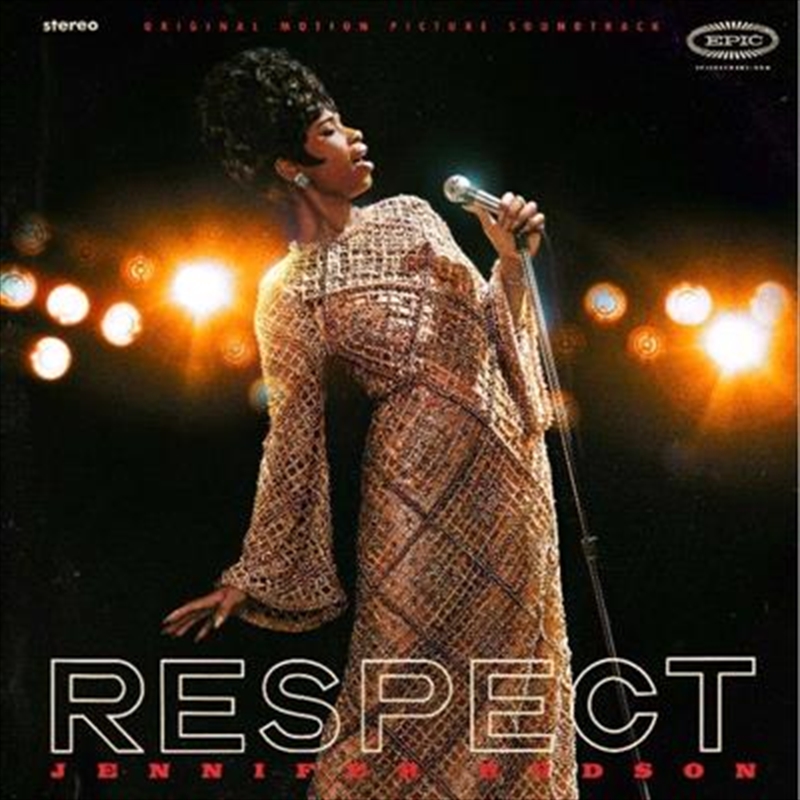 Academy® Award-winning actress and GRAMMY® Award-winning recording artist Jennifer Hudson announces the Original Motion Picture Soundtrack to Respect. Respect follows the rise of Aretha Franklin’s career from a child singing in her father’s church’s choir to her international superstardom, Respect is the remarkable true story of Franklin’s journey to find her voice.  Hudson was handpicked by Franklin to portray her in the film which opens in theatres on August 19th.

One of the biggest, boldest, and brightest voices in contemporary music, Jennifer Hudson stands alone. Not only is she a two-time GRAMMY® Award winner and best-selling author, but she has received an Academy® Award, a Golden Globe®, and countless other honors as an actress. Her self-titled 2008 debut Jennifer Hudson earned a platinum certification, the 2011 follow-up I Remember Me went gold, and 2014’s JHUD drew a GRAMMY® nod. She has starred in films ranging from Dreamgirls and Sex and the City to Chi-Raq and Sing, in addition to taking over Broadway in The Color Purple, for which the soundtrack garnered Hudson another Grammy win. Along the way, she became a best-selling author and served as a coach on The Voice UK and U.S.

1. There Is A Fountain Filled With Blood

5. Do Right Woman, Do Right Man