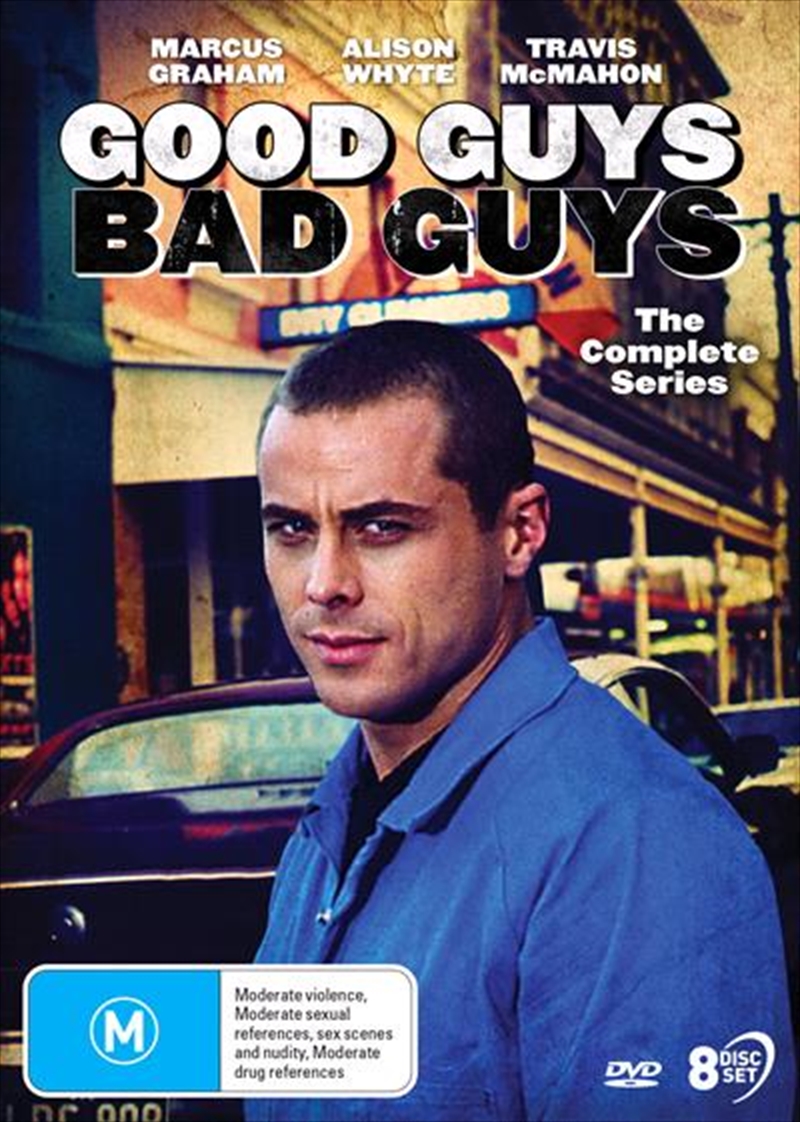 Debuting in April 1997, the series cast Graham as Elvis Maginnis. Although he was born into a family of criminals, Elvis chose to become a police officer - albeit, not an entirely ethical one. Now retired from the force, Elvis runs a dry cleaning business in the old neighbourhood. Despite his best efforts to avoid trouble, Elvis invariably finds himself sucked back into the grey area between good and bad. An exciting, edgy and offbeat crime series that relied heavily on humour, contemporary music and a touch of the bizarre, Good Guys Bad Guys was Logie nominated and winner of 2 A.F.I awards. Also starring Alison Whyte and Travis McMahon, it was filmed on location in Melbourne and its surrounding suburbs.
DETAILS