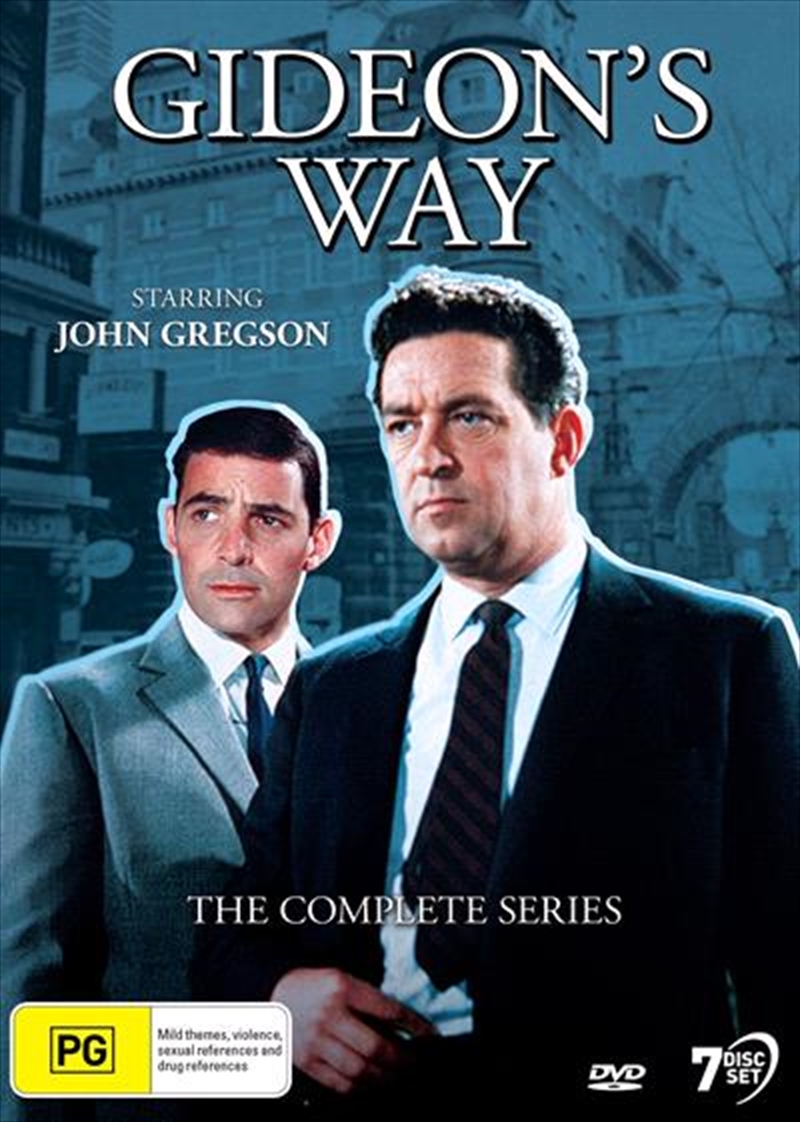 Shipping - See delivery options.
Postcode:
Quantity:
SEE MORE IN:
New Release DVD & Blu-ray New Release Television
DESCRIPTION
George Gideon has one of the most vital jobs in London. He is, as created by world-famous novelist John Creasy, Commander of Scotland Yard's Criminal Investigation Department, the nerve centre of the British capital's fight against crime. This crime as it really is .... detection as it realy is .... with policemen and detectives as they realy are. Exciting, fast-moving and alive with action and suspense, GIDEON'S WAY brings searing realism as it unfolds the dramas of Scotland Yard's never-ceasing battle against crime in a big city - crime planned by shrewd criminals; crime springing from human passion; crime carried out by gangs and indiciduals alike. This 7-disc set collects every episode from the classic 1960s ITC action series starring John Gregson
DETAILS