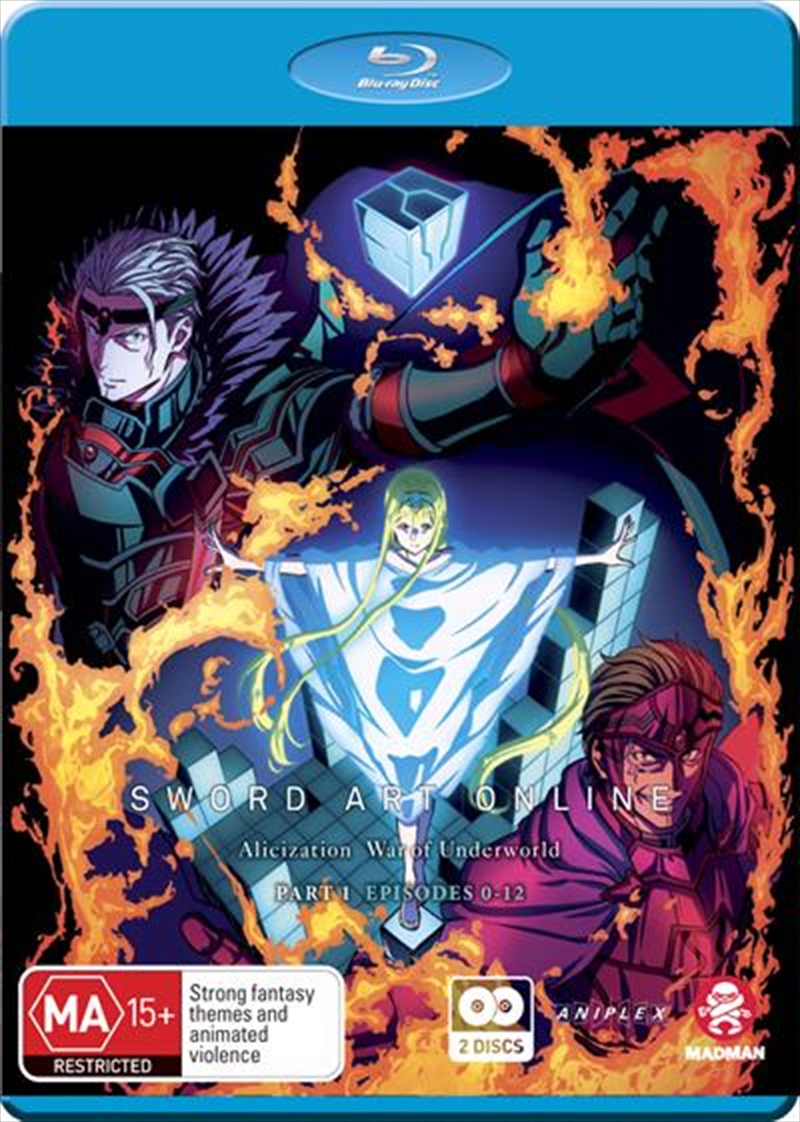 And so the grand finale of the Alicization arc begins The second part of Sword Art Online Alicization comes to Blu-ray. Sword Art Online Alicization brings the excitement that longtime followers have come to expect while drawing in new fans to the franchise. Animated by A-1 Pictures, the powerful battle scenes have become more beautiful and emotional than ever before. Aside from the exciting battles, fans both old and new have fallen in love with the new characters that have been introduced in this latest installment of the series. The final load test The war between the Human Empire and the Dark Territory has engulfed Underworld entirely. The battle has shifted course with the Dark Territory army led by Gabriel, who seeks to capture Alice, the Priestess of Light, in their fight against Asuna and the Human Empire forces fighting to save Underworld. As Kiritos consciousness remains buried in a deep sleep, Gabriel, standing in as the Dark God Vecta, has recruited thousands of American players to log in to the Underworld to annihilate the Human Empire forces. In this great war, the stakes are not only the Underworlds continued existence, but also the bottom-up artificial intelligence, the ultimate AI, and even the very future of mankind! Though he has yet to awaken, only one man holds the fate of this world: the Black Swordsman.
DETAILS