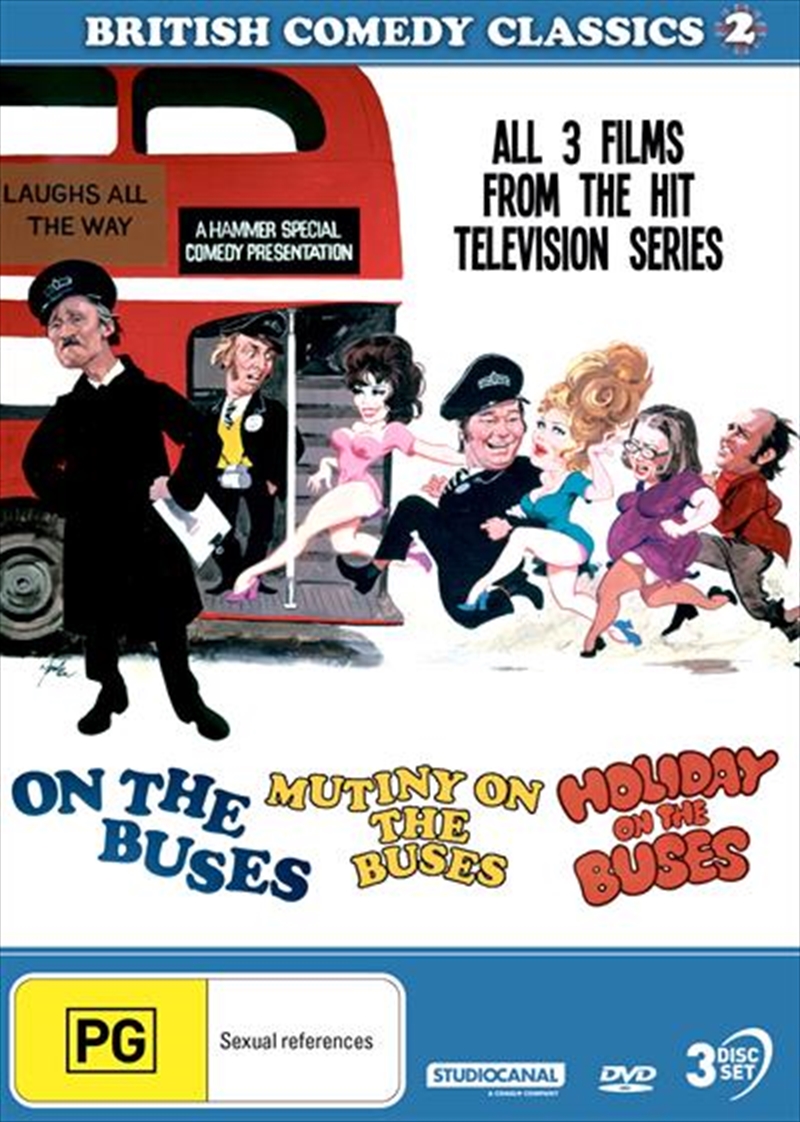 SEE MORE IN:
New Release DVD & Blu-ray New Release Movies
DESCRIPTION
ON THE BUSES (1971) When the Town and District Bus Company finds itself short-staffed, it is Inspector Blake who comes up with the brilliant idea of employing women drivers. The company are delighted but the bus crews led by Stan Butler and his conductor Jack are horrified. Not only do they now lose out on overtime but the women are considered to be distinctly unattractive! Back on the home front, Stans sister, Olive, is pregnant much to her surprise so what could be more natural than one of the buses acting as an ambulance when the time comes. MUTINY ON THE BUSES (1972) Stan has announced his engagement--but all that can go wrong does. The flat he had planned to buy for his new life has shot up in price--his only means of making the extra lolly is to be promoted to the new Safari Park route. But a trial run leads to comical disaster, especially when Stan leaves the bus door open, allowing for a cavalcade of unexpected passengers! HOLIDAY IN THE BUSES (1973) Inspector Blakey has finally got Butler. Three wrecked buses results in termination for Stan and Bob. But their unemployment doesn't last for long when finding work running a holiday bus at a camp by the seaside - and with all the birds in the holiday mood, the lads are assured to strike it lucky. That is until discovering Blakey has been appointed Chief Security Officer and Mum, Olive and Arthur arrive with the chance of a cheap get-a-way. Punch your ticket for all three journeys from the ON THE BUSES film trilogy, with all your favourites on board including Reg Varney, Doris Hare, Michael Robbins, Anna Karen, Bob Grant and Stephen Lewis as Inspector Ill get you Butler! Blakey.
DETAILS