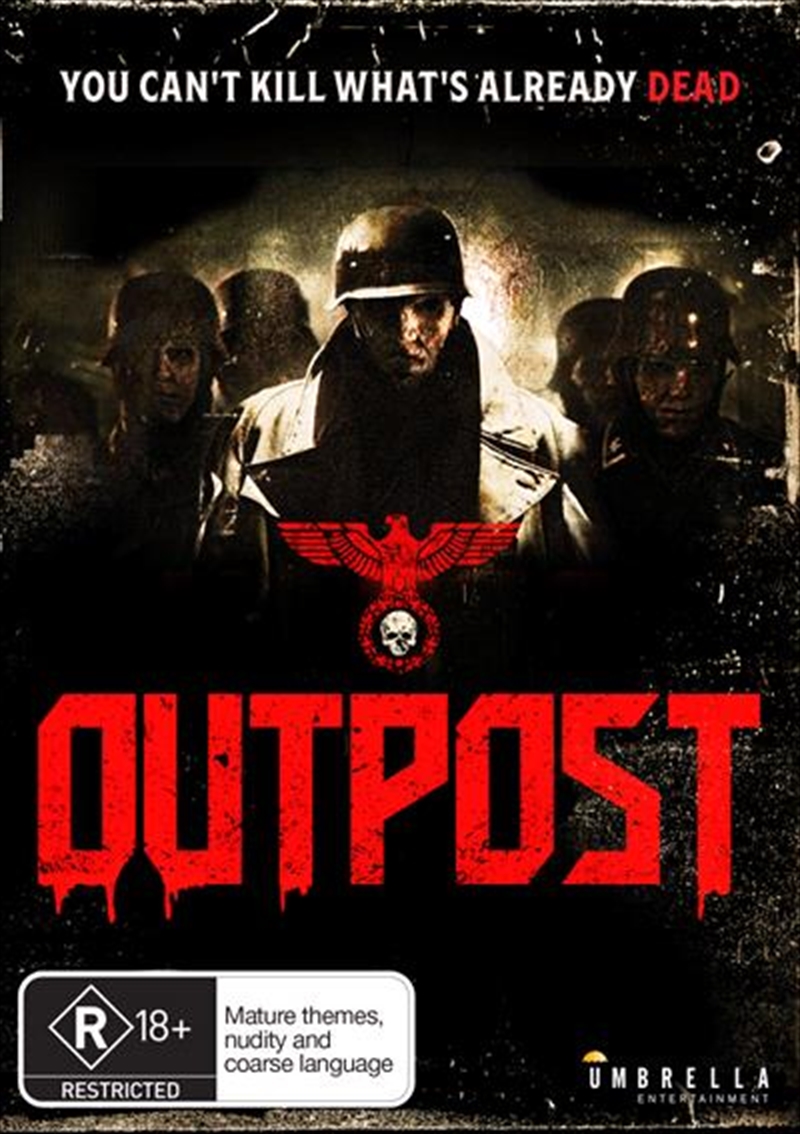 As war ravages Eastern Europe, a battle-hardened team of mercenaries sets off on a mission deep inside enemy territory. Their job; move in, scope out an abandoned military bunker and move out. But once inside the bunker, however, they come face-to-face with an otherworldly enemy more vicious and powerful than any mortal foe. Now, as bombs continue to burst above ground and with nowhere to escape to, the soldiers quickly come to realise why their secretive host has really brought them to this God-forsaken outpost. Starring Ray Stevenson (from TV's Rome), Outpost is a nerve-shredding, fear-inducing, edge-of-your-seat chiller that's a must see for fans of films like The Keep, Deathwatch and The Bunker.
TRAILER
DETAILS