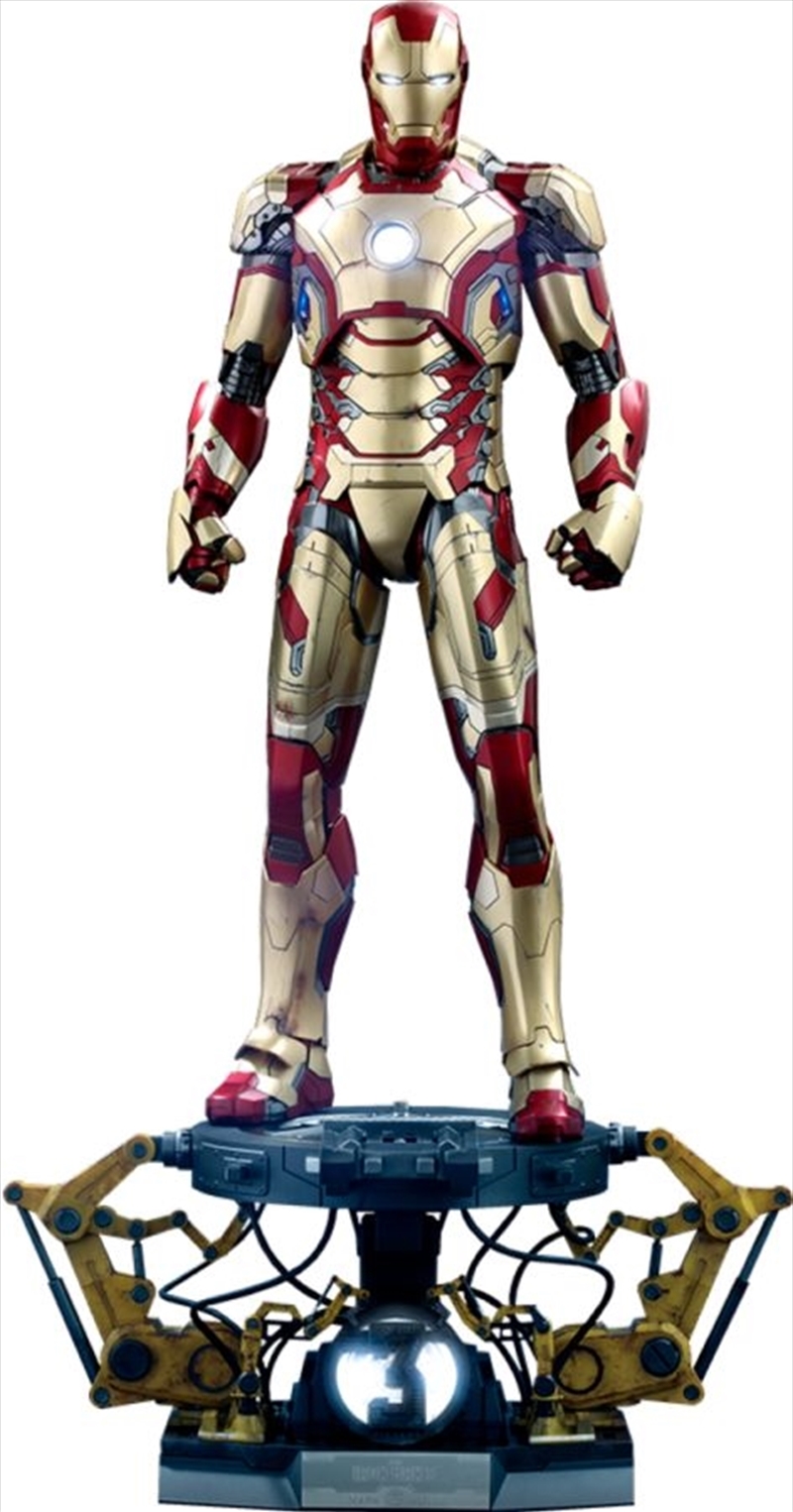 As one of the iconic suits appeared in the Iron Man 3 movie, Iron Man Mark XLII has captured fans ? attention with its special and unique design. Sideshow and Hot Toys is pleased to announce a special reissue of Mark XLII as a stunningly detailed Quarter Scale Collectible Figure (Deluxe Version) for fans who have missed out on this extraordinary suit in its initial release!

Moreover, the deluxe version will exclusively include an Arc Reactor-themed diorama figure base with LED light-up function and detachable gantry arms.