What The Flood Leaves Behind 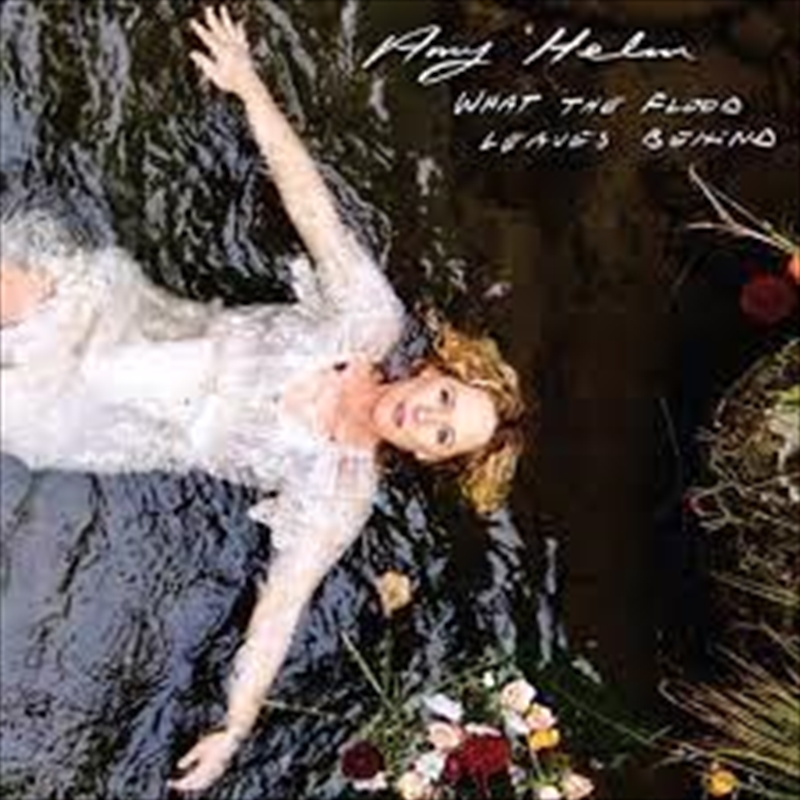 Amy Helm What The Flood Leaves Behind Vinyl

Singer-songwriter and multi-instrumentalist Amy Helm's third album, What the Flood Leaves Behind, is her most autobiographical yet, both in content and creation. These 10 songs represent a gathering of ideas and experiences, friends and collaborators. Yet, the album also marks a landing — a pause for the traveling musician and mother of two young boys who was seeking clarity in her calling and career.

After making multiple albums and performing in far-flung places, Helm returned home to Woodstock's Levon Helm Studios just before the pandemic to record What the Flood Leaves Behind and reclaim a sense of self.

An impressive group of friends and collaborators joins Helm on What the Flood Leaves Behind. With musical polyglot Josh Kaufman (whose credits range from Taylor Swift's Folklore to the Grammy-nominated Bonny Light Horseman) producing and contributing on piano, guitar, and mandolin, the record brings Helm's powerful, emotive vocals to the forefront of the album.

The songs themselves reflect Helm's inner strength and personal growth. Some might even sound familiar: "Cotton and the Cain" is a pensive homage to those who raised her, whom she calls, "the village of brilliant and talented people who were also wrestling with the grips of addiction." A fan favorite that previously took on many styles when performed live, the song is now buoyed by her soaring soprano atop a whirring Wurlitzer. "Are We Running Out of Love," a freak-folk drone in the hands of Swedish guitarist and songwriter Daniel Norgren, becomes an acoustic, urgent plea. Additionally, the album features collaborations with a number of prominent and prolific songwriters in roots music like Elizabeth Ziman (Elizabeth and The Catapult), Mary Gauthier, Erin Rae, and more.

Title: What The Flood Leaves Behind

3. Cotton And The Cane

4. Are We Running Out Of Love?

6. Wait For The Rain