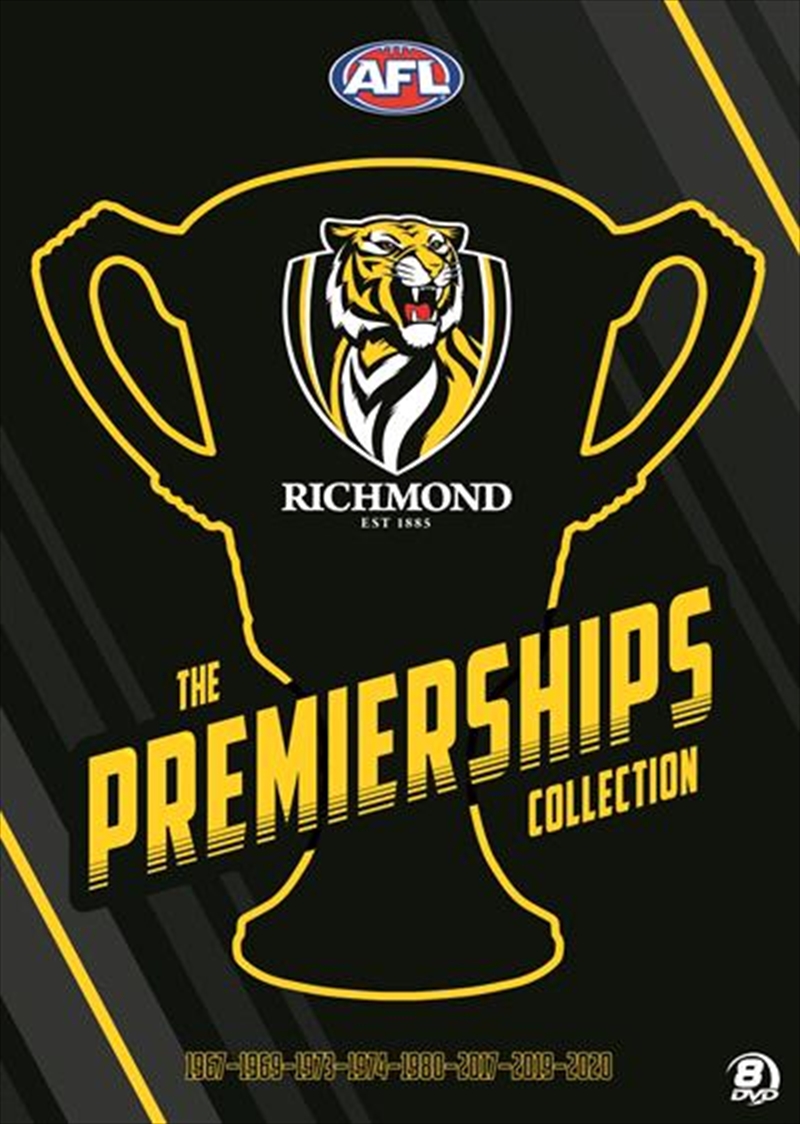 Shipping - See delivery options.
Postcode:
Quantity:
SEE MORE IN:
Everything AFL
Since joining the competition in 1908, Richmond has won 13 Premierships, making the Tigers one of the most successful and storied clubs in Australian rules football history. After early success, with five Premierships prior to the end of World War II, the post-war era saw the Tigers struggle to make an addition to the trophy cabinet.It was the coaching appointment of former player Tom Hafey in 1966 that ushered in a new era at Tigerland, as the club ended a 24-year Premiership drought with success in 1967. The Tigers would win three more flags under Hafeys reign, in 1969, 1973 and 1974, with key players Royce Hart, Kevin Bartlett, Michael Green, Kevin Sheedy, Francis Bourke, Ian Stewart and Dick Clay leading the club through what would be its most successful era to date. In 1980, the Tigers would add another flag to honours list at Punt Road, but it was not until the emergence of coach Damien Hardwicks champion side almost three decades later that a new Richmond dynasty would emerge, as the Tigers took home three Premierships in just four years.Sit back and enjoy all the memories of eight of Richmonds historic premierships, with full grand final replays from 1967, 1969, 1973, 1974, 1980, 2017, 2019 and 2020.