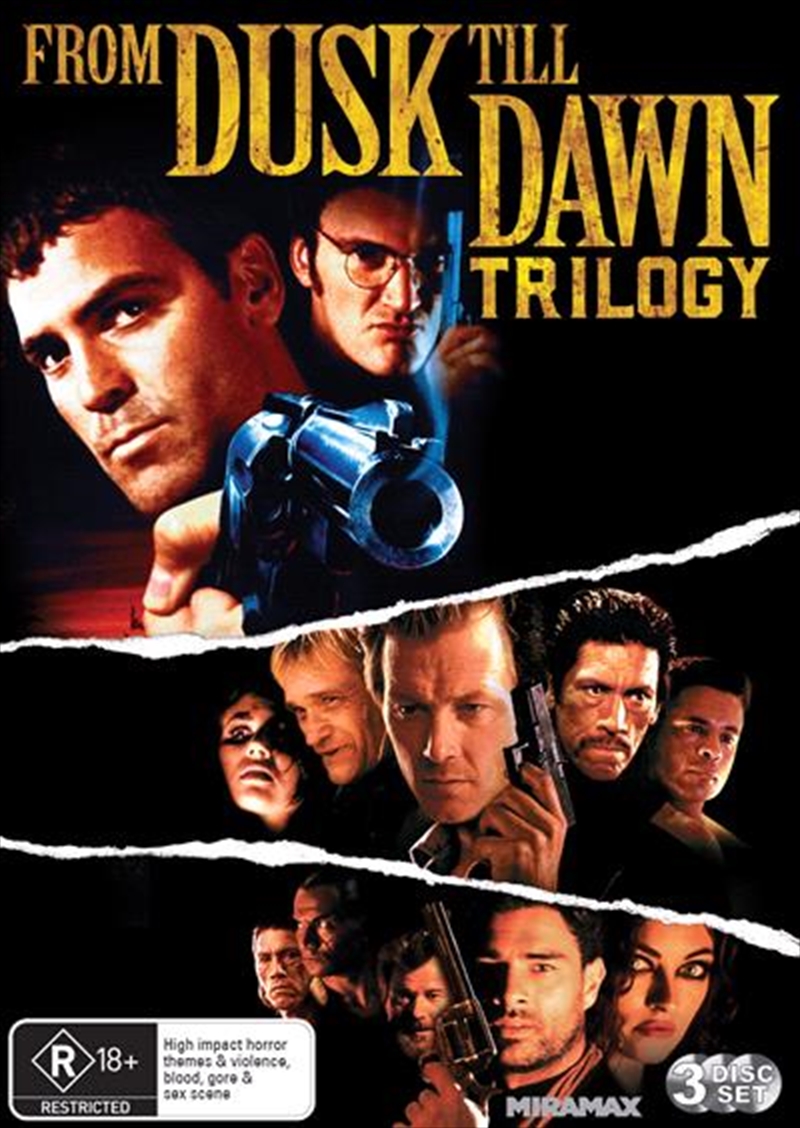 Shipping - See delivery options.
Postcode:
Quantity:
SEE MORE IN:
All 2 for $40 Halloween Movies and Merch 2021
DESCRIPTION
Triple bill of action horrors. In 'From Dusk Till Dawn' (1996) Quentin Tarantino and George Clooney star as fugitive brothers Richard and Seth Gecko who have kidnapped preacher Jacob Fuller (Harvey Keitel) and his children. They head to Mexico and hide out in an abandoned nightclub, which they soon discover is full of bloodthirsty vampires. In 'From Dusk Till Dawn 2 - Texas Blood Money' (1999) a gang of murderous bank robbers head to Mexico with plans for the perfect heist. However, en route they stop at the wrong bar, and are confronted by a host of vampires. As the fugitives begin to develop a strong taste for blood, it is up to the last surviving gang member, Buck (Robert Patrick), and Texan sheriff Otis Lawson (Bo Hopkins) to thwart their vampiric desires and escape. Finally, in the prequel 'From Dusk Till Dawn 3 - The Hangman's Daughter' (1999), set in Mexico in 1913, Johnny Madrid (Marco Leonardi), on the run after kidnapping the beautiful Esmeralda (Ara Celi), daughter of the man who tried to hang him, takes shelter in an isolated inn. Unfortunately, however, the inn is run by vampires and Esmeralda is in fact their long-awaited princess, the legendary half-human, half-vampire Santanico Pandemonium.
DETAILS