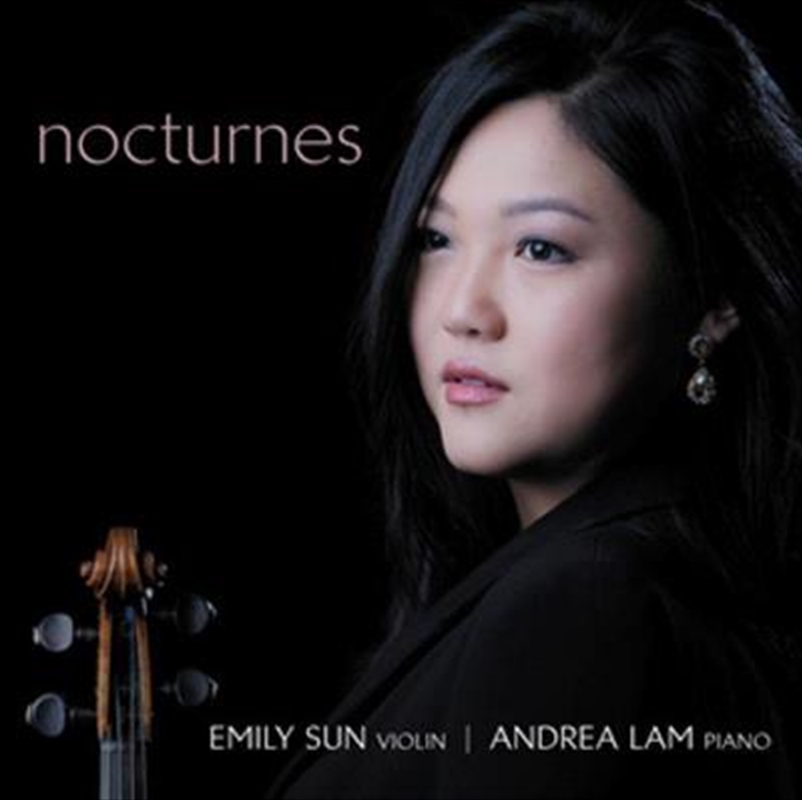 At the heart of the album are two of the cornerstones of the repertoire: César Franck's deeply romantic Violin Sonata, written as a wedding present for the renowned virtuoso Eugène Ysaÿe, and Gabriel Fauré's magical First Violin Sonata, full of rapturous melodies and audaciously delicious harmonies. Floating like silken threads around these masterworks are exquisite, dream-like miniatures: the moonlit beauty of Debussy's Clair de lune, Fauré's ravishing Après un rêve, and the yearning Nocturne by Lili Boulanger, one of the great poetic voices of French music. And to finish, the quintessential Parisian chanson La Vie en rose, made famous by the inimitable Édith Piaf.

Since first grabbing the world's attention in the award-winning documentary Mrs Carey's Concert, London-based Australian violinist Emily Sun has won the hearts of audiences around the world, winning both the UK Royal Overseas League Music Competition Gold Medal in 2016 and the ABC Young Performer of the Year competition in 2018. Earning critical acclaim for her concerto appearances in the USA, Europe and China as well as across Australia, Emily also performs recitals in the world's leading concert venues, including London's Wigmore Hall, Auditorium du Louvre in Paris, the Tchaikovsky Great Hall in Moscow and the Sydney Opera House.

For this recital disc, she is joined by award-winning New York-based Australian pianist Andrea Lam, a frequent guest at New York's Carnegie Hall and Lincoln Center who has performed with orchestras in Japan, New Zealand, Hong Kong and the United States, as well as all the major Australian Symphony Orchestras. A sensitive chamber collaborator, Andrea has performed in festivals and concert series around the world with cellist Matt Haimovitz, the Takács Quartet, the Australian String Quartet, the Claremont Trio and more.