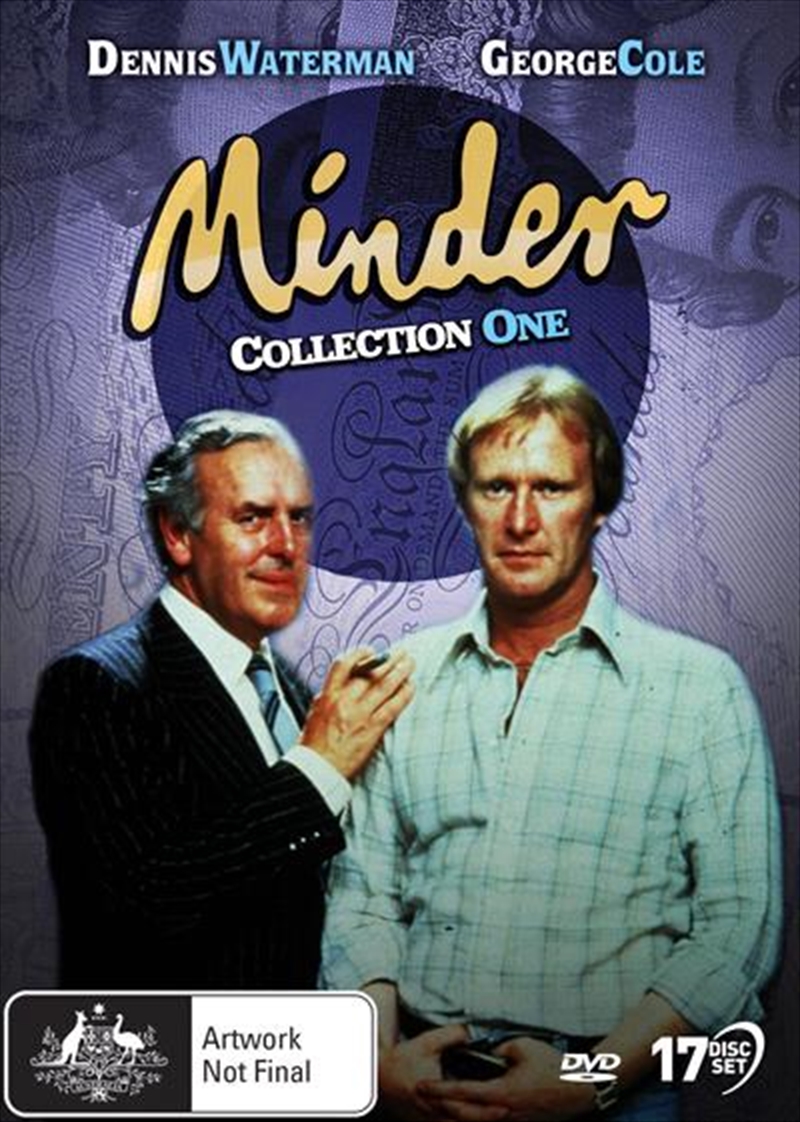 Shipping - See delivery options.
Postcode:
Quantity:
SEE MORE IN:
New Release Television
DESCRIPTION
Dodgy car dealer Arthur Daley (George Cole) specialises in moving shonky merchandise to unsuspecting punters. To protect him from customers with a grievance, and the long arm of the law, Arthur hires jailbird Terry McCann (Dennis Waterman) as his 'minder'. McCann, an ex-boxer, has decided to go straight, but with 'Arfur's' shady deals, Terry has his work cut out for him. Spanning 15 years with a staggering 108 episodes, Minder became one of Thames Television's most successful series of the 1980s, screening in over 70 countries. Blending crime with cockney humour, the chemistry between the colourful characters, played brilliantly by George Cole and Dennis Waterman, was first rate, set against a backdrop of modern London. This 17 disc collection brings together the first 5 series of Minder, complete and uncut as originally broadcast, with a collection of special features celebrating the success of one of Britain's most popular and enduring television classics.
DETAILS