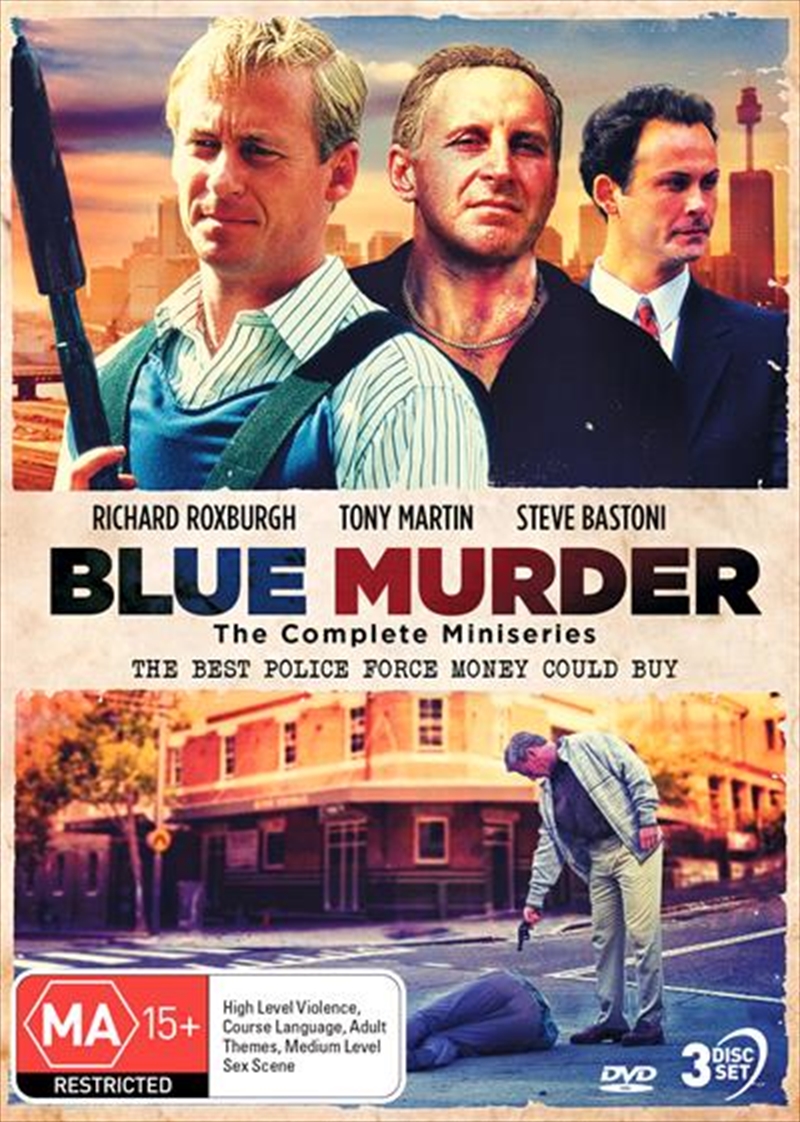 Blue Murder is a two-part Australian television miniseries produced by the Australian Broadcasting Corporation in 1995, based on true events as featured in the novel In the Line of Fire by Darren Goodsir. Roger Rogerson was headed for the top. He was the golden-haired boy. He received more citations and made more arrests than any other officer on the force. To earn a reputation like that, you had to have your contacts on the inside. Sometimes, even cross the line. That's when the distinction between cop and criminal can blur. Neddy Smith, one of Australia's most notorious criminals found himself keeping company with the elite members of the police force. Overnight, a two-bit crim with a cruel streak became the kingpin of a crime and drugs syndicate. He had the green light. He was untouchable. Michael Drury was an honest cop in the wrong place at the wrong time. His crime was to turn down a bribe. The man who offered it to him was Roger Rogerson. To say Drury was surprised would be an understatement. But he thought it would end there...He was dead wrong This 2-disc collection contains both feature length episodes "Green Light" and "The Dodger".
DETAILS