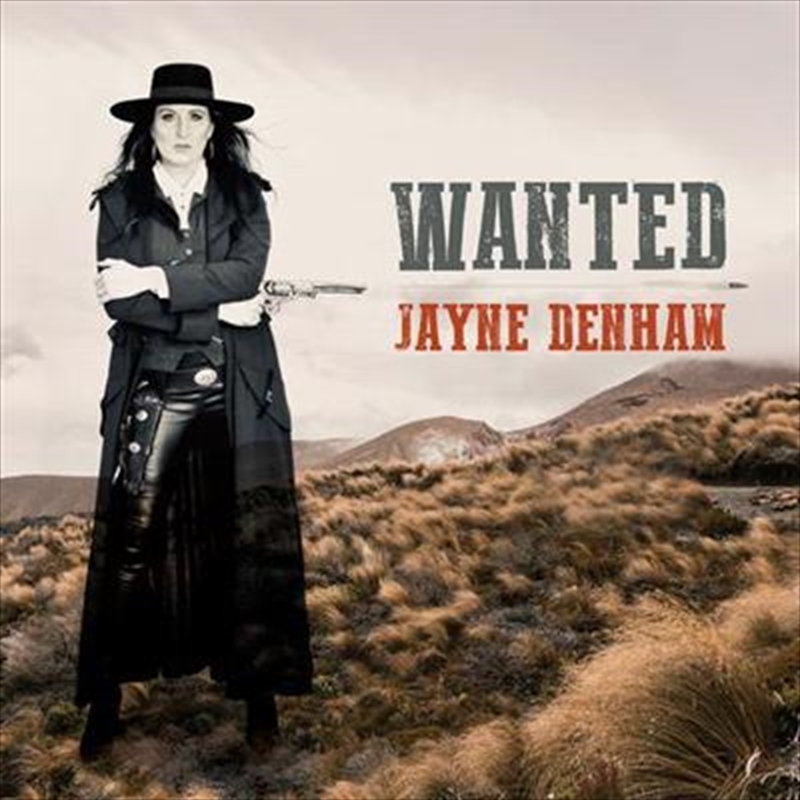 Three-time Golden Guitar nominee, Jayne Denham is one of Australia's most admired and sought-after country rock performers. Her impressive and relentlessly energetic live shows have earned her countless opportunities. Jayne’s forthcoming album ‘Wanted’ may have the musical influence of an old western movie, but don’t be mistaken, it still has that unmistakable Jayne Denham treatment … It rocks!

Jayne’s decision to blend country and rock with a western flavor saw her on the hunt for the right songs. After trawling through hundreds of demos with her publisher Checked Label Services | Kobalt Music Publishing, as well as writing and co-writing, she has come up with ten tracks, including single’s ‘Better Settle Up’, ‘Better Make It A Double’, Raggedy Ann’ and ‘Rainstorm’ (feat. Troy Kemp) that include multi-award winning American songwriters Shane McAnnally, Brian White, Phil Barton, Jerry Salley, Megan Conner, Jessica Mitchell, Todd Clark and Gavin Slate.

With her ability to tell a story that captures the imagination through her songs, Denham has scored four #1 smash hits in Australia, six top 10 songs in the National Country Charts, twelve videos that have reached Top 30, including a number #1 placement for ‘Hung Up On You’. Jayne has also been nominated for six Country Music Channel (CMC) and Three Golden Guitar Award finalist placings.

Having gone from strength to strength with her most recent singles, ‘Porch Party’ (featuring Jasmine Rae and Amber Lawrence), ‘Black Coffee & White Lines’ (music video featuring the iconic Ice Road Truckers), ‘Hung Up On You’ (with Troy Kemp), ‘Ladies Lettin’ Loose’ and ‘Better Make It A Double’, Jayne is poised to return to the live scene with a dynamic that has defined every one of live shows.

3. Better Make It A Double

7. I Wanna Remember This