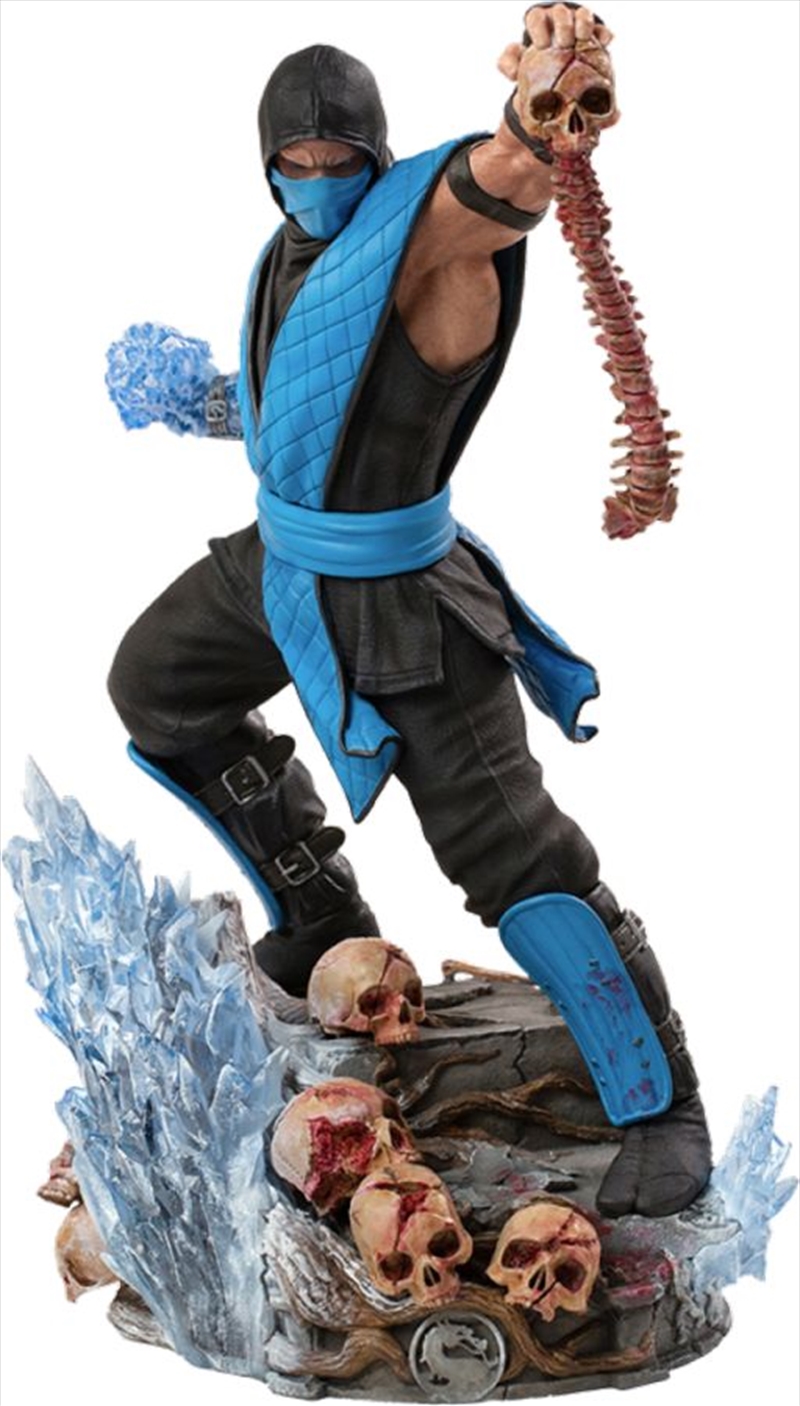 Having the ability to control the cold in different ways, the blue-and-black-dressed ninja prepares to fight, leaning on the steps of the base of a temple in Outworld, his devastated world, where the skulls of ancient fallen warriors share space with sharp translucent ice stalagmites at his feet.

While invoking his freezing power with his right fist, he makes any opponent's blood freeze just by displaying, in his left hand, what remains of those who challenged him before.

The temperature drops as tempers heat up, with one more of Mortal Kombat's most famous characters arriving to expand the collection with the "Sub-Zero Art Scale 1:10 Statue - Mortal Kombat - Iron Studios", another one of the few original characters present in each version of the games, alongside Scorpion, he was the character that most appeared in all versions of Mortal Kombat and is added to the collection along with Raiden, Goro, Shao Kahn, and his rival Scorpion, in the MK line, from Iron Studios.

In the franchise's history, two men assumed the identity of Sub-Zero, the first was Bi-Han, Scorpion's great rival and responsible for his death, the second is his brother Kuai Liang, both members of Lin Kuei, a Chinese clan of Outworld ninjas. During the tournament, Bi-Han was killed by a vindictive Scorpion and resurrected as a ninja specter, and the cycle of revenge is perpetuated when Kuai Liang, who also dominates the cold element, takes his brother's place as a second Sub-Zero to eliminate Scorpion. The French martial artist and actor, François Petit played Sub-Zero in the 1995 film Mortal Kombat. In the 1997 sequel Mortal Kombat: Annihilation, his younger brother was played by Keith Cooke, as the second Sub- Zero, and now Joe Taslim brings the freezing ninja to life in the long-awaited 2021 Mortal Kombat.