First Two Eps By The Chats 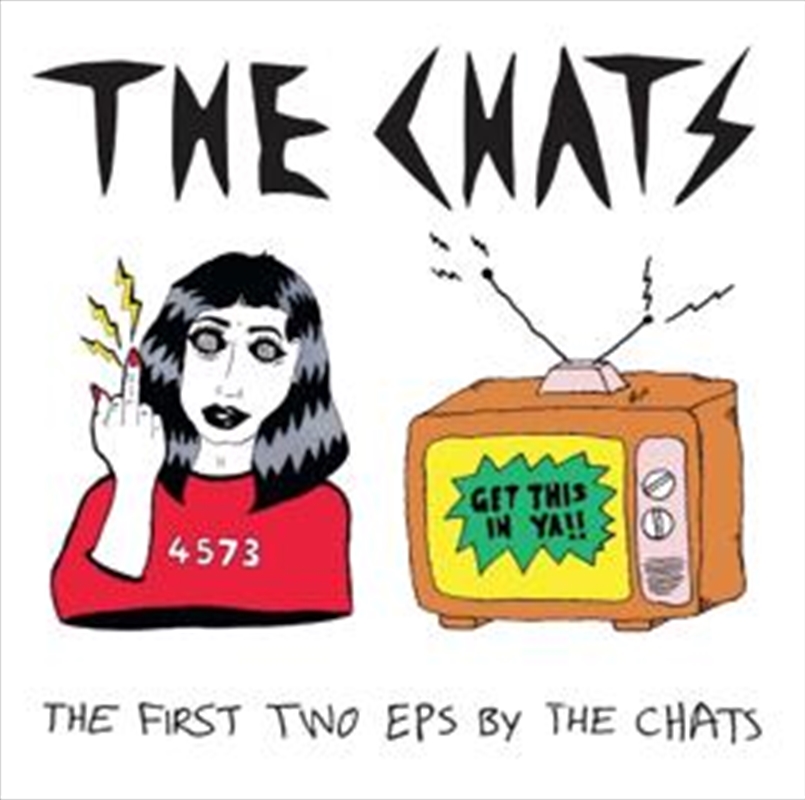 First Two Eps By The Chats

The Chats First Two Eps By The Chats CD

Self-proclaimed shed-rock band The Chats were thrust into the spotlight when their song "Smoko" and its accompanying video went viral.

Founded in 2016 on Australia's Sunshine Coast, Queensland, the trio cite the Sex Pistols, Ramones, and Black Flag as early influences, and the classically scrappy D.I.Y. sound of punk could be heard across their self-titled debut EP, which appeared in 2016.

But it would be their follow-up EP, Get This in Ya, that garnered the band attention with the catchy lead single "Smoko" in 2017. The Chats filmed a low-budget video for the song at Peregian Beach, frontman Eamon Sandwith's house, and a construction site nearby. The clip was later posted on a surf store's social media page where it really took flight, racking up millions of views over the internet and bringing the band world-wide fame.

Now both of the band’s EPs have been packaged together on one CD, for the first time. Aptly titled, “The First Two Eps By The Chats”.

2. I’m The Best Person In The World