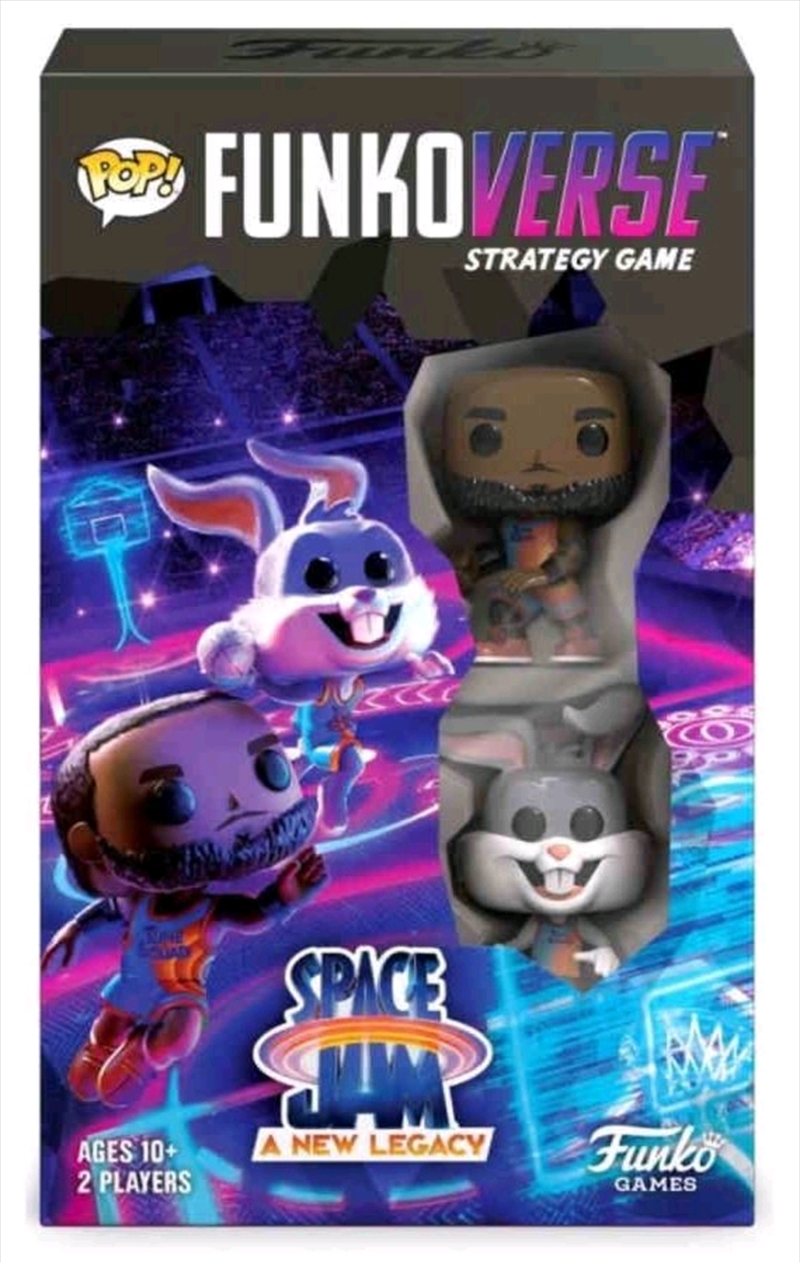 Face off in the ultimate Pop! battle with your favourite Space jam characters!

In the Funkoverse Strategy Game, you combine your favourite Pop! characters and go head-to-head in four exciting game scenarios. Use your characters' unique abilities to gain points and achieve victory!

Each turn, you select one of your characters and perform two actions. Each character has access to basic actions like moving and challenges as well as several unique abilities that may be performed only by spending ability tokens. Funkoverse uses an innovative "cooldown" system — the more powerful the ability, the longer it will take for the ability token to become available again — so players have to spend their ability tokens wisely.

Each character in Funkoverse is unique, so players are encouraged to try out different combinations of characters and items in order to discover their favourite synergies and powerful strategies for all four game scenarios.

Every four-character and two-character Funkoverse set is playable as a standalone game and comes with exclusive Funko Pop! Figures that aren't available anywhere else, a double-sided board, tokens, cards, an item, and dice. Sets may be combined with one another, allowing players the freedom to play how they like!

This Space Jam 2: A New Legacy set comes with two themed playfields including the Serververse Classic Court and Tune World, as well as Bugs Bunny and Lebron James character figures.