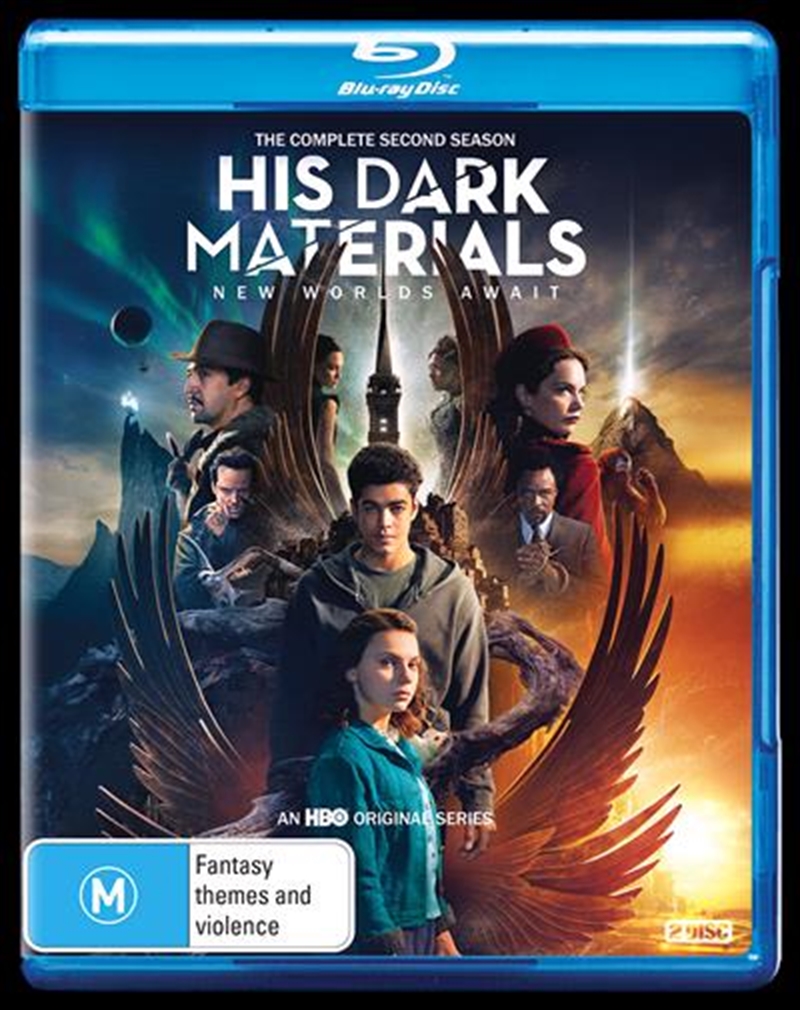 SEE MORE IN:
His Dark Materials 3 for $50 TV
DESCRIPTION

The epic adventures of Lyra continue in Season 2 of this acclaimed HBO fantasy drama series. Within hours of the first seasons tumultuous climax, a distraught Lyra follows Lord Asriel (James McAvoy) into the strange and mysterious abandoned city Cittagazze. There, she meets Will (Amir Wilson), a boy from our world who's also running from a troubled past. Together, they soon learn that their fates are tied to reuniting Will with his father John Parry (Andrew Scott), but their path is constantly thwarted as a war is waged between the nefarious, all-powerful Magisterium and the magical witch clans desperate to ensure Lyra's fulfillment of a prophecy about a girl and a boy who will save the world. Meanwhile, Mrs. Coulter (Ruth Wilson) continues her search for Lyra with a fierce determination to bring her home by any means necessary.
DETAILS