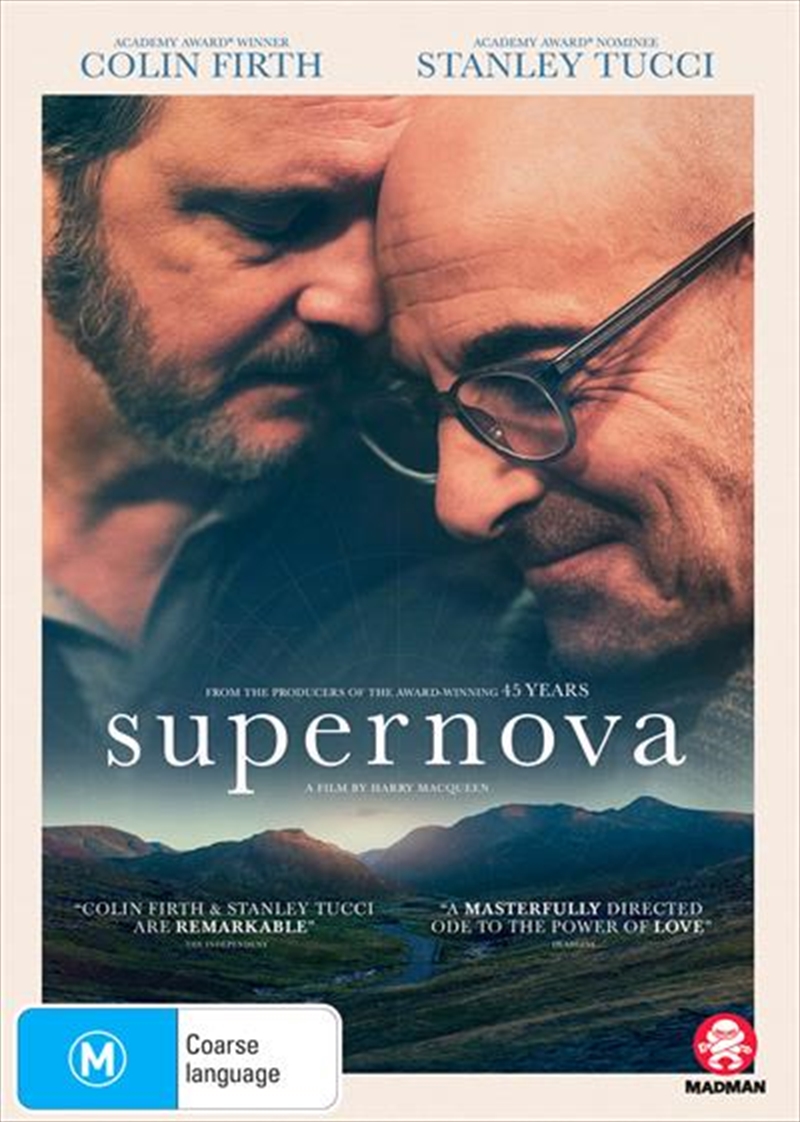 A Film by Harry MacQueen

A heart-rending modern love story about a couple struggling with a diagnosis of early-onset dementia, Colin Firth and Stanley Tucci deliver beautifully tender performances in Supernova. Sam (Academy Award winner Colin Firth) and Tusker (Stanley Tucci, The Children Act BFF18) have spent twenty years together, and they are as passionately in love as they have ever been. However, in the two years since Tusker was diagnosed, their lives have had to change. As Tuskers condition has progressed, Sam has been forced to place his life on hold and become his partners full-time carer, and their time together has become the most important aspect of their lives. Together, they plan a road trip through England while Tusker is still able to travel, to reconnect with friends and family and visit the places of their past. As their journey progresses, their individual ideas for their future begin to collide. Secrets are uncovered, private plans unravel and their love for each other is tested like never before. Featuring stunning cinematography, Supernova is an intimate drama about love and mortality written and directed by award-winning actor turned filmmaker Harry Macqueen.
TRAILER
DETAILS