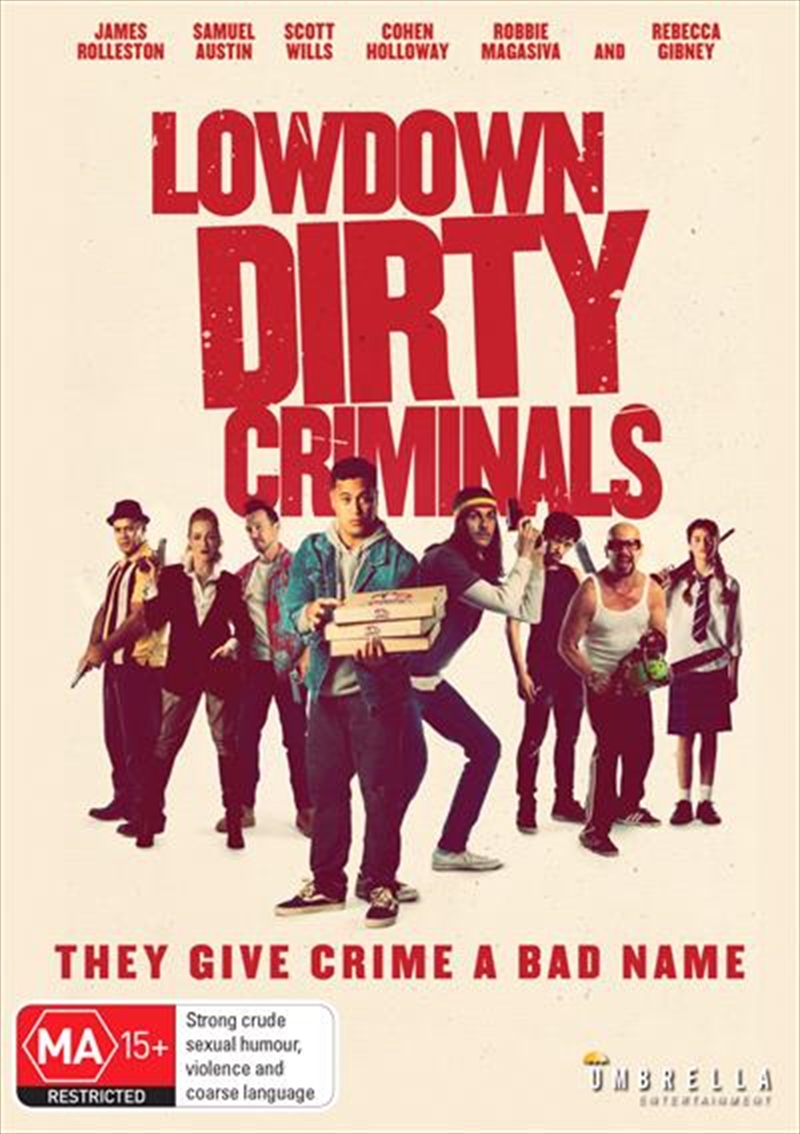 SEE MORE IN:
Hottest Pre-Orders 2 For $40 Movies
DESCRIPTION
The give crime a bad name.

When Freddy (James Rolleston) loses his job delivering pizza, he and his best buddy Marvin (Samuel Austin) find work with a small-time crook Spiggs (Scott Wills). After they botch a straight forward job, Spiggs sends them on a fools errand-to kill gangster Donny Kong (Min Kim) whos been sleeping with his wife. When the wrong guy ends up dead, Freddy and Marvin find themselves crossing paths with someone even scarier than their boss uber gangster The Upholsterer (Rebecca Gibney) and her hapless henchmen Semo (Robbie Magasiva) and Roy (Cohen Holloway). The ensuing chaos escalates into a world of hilarity and violence thatll threaten their lives and force them to re-evaluate their career choices.
TRAILER
DETAILS