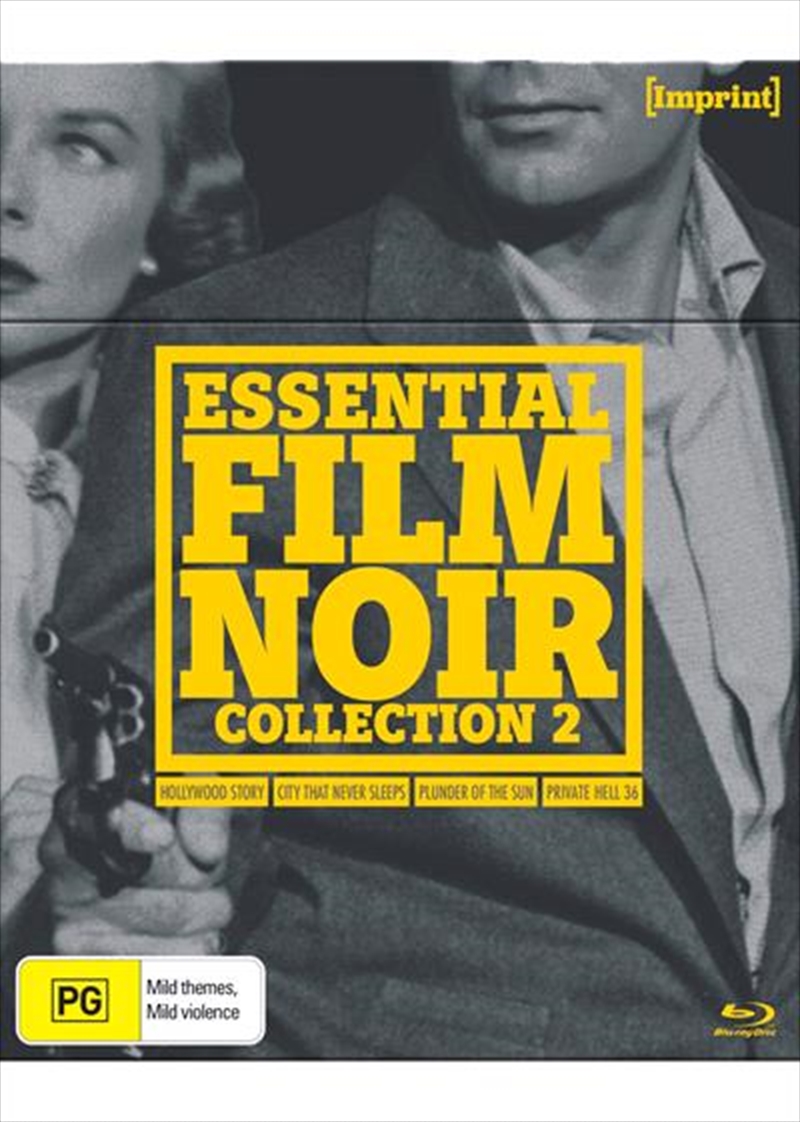 Living on the edge of evil and violence

Essential Film Noir Collection 2 includes four more acclaimed and much sought after classics:
Hollywood Story (1951) - During 1950s Hollywood, an independent producer unwisely opens an old can of worms when he decides to make a movie about the 1929 unsolved murder of a famous silent-film director.
The City That Never Sleeps (1953) - Johnny Kelly, who plans on resigning from the police force and leaving his wife the next day, has a very eventful last night on duty.
Plunder Of The Sun (1953) - An American adventurer gets involved in archaeological artifact smuggling and treasure hunting in Mexico.
Private Hell 36 (1954) - When 2 detectives steal $80,000 from a dead robber, one of them suffers from a guilty conscience which could lead to murder.