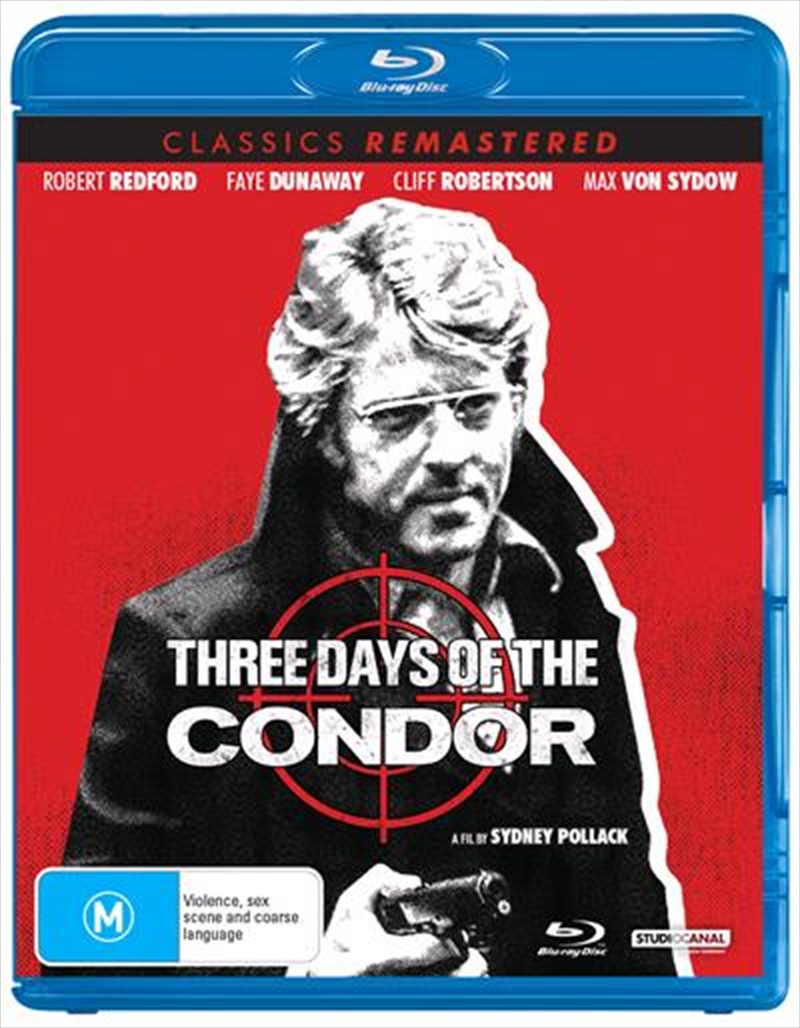 SEE MORE IN:
Hottest Pre-Orders 2 For $40 Movies All 2 For $40
DESCRIPTION
The CIA knows him as Condor. What he knows about them has just made him an Endangered Species.

Joseph Turner (Robert Redford - Out of Africa, The Sting, The Great Gatsby) works for the C.I.A. analysing espionage novels to find plots that might be useful to investigators. Upon returning from lunch one day, he discovers with terrorthat his colleagues in the agency have all been ruthlessly murdered. Slowly a conspiracy inside the C.I.A. unfolds, and Turner takes it upon himself to expose the truth.Masterfully directed by Sydney Pollack (Out of Africa, The Interpreter), Three Days of the Condor is the story of one mans struggle to discover who are his friends, and who are his enemies.
TRAILER
DETAILS