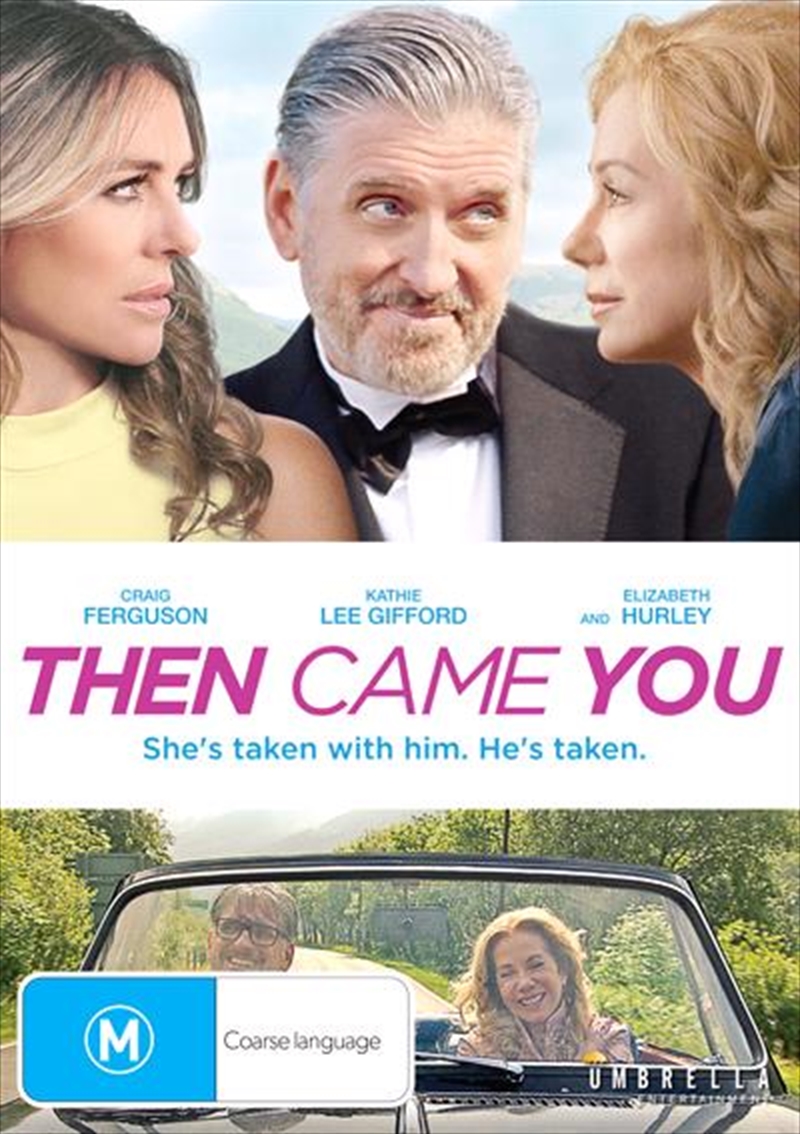 Then Came You DVD

Annabelle Wilson (Kathie Lee Gifford, The First Wives Club) is suddenly widowed after a 32-year marriage to her husband, Fred. They have lived on Nantucket the entire time, running their hardware store and going to the movies every week.While reading his last will and testament she discovers that upon his death he wishes to be cremated and have his ashes put in a box of chocolates because Forrest Gump was his favorite movie.This discovery begins a whole new season of her life where she sets out to fulfill her own long, lost dreams.She makes a list of their favorite 20 movies, sells her house and the hardware store, and leaves her life on Nantucket behind forever. She travels to Scotland first, in honor of BRAVEHEART,where she meets a crusty Inn owner named Lord Howard Awd (Craig Ferguson, The Drew Carey Show). Annabelle is immediately stunned and seduced by the sheer power and passionate beauty of the Scottish countryside.Polar opposites, Annabelle and Howard spend one week discovering secrets theyve never shared and develop an unlikely friendship. Will it lead to a last chance at love for both of them? Theres a complication: Howard is scheduled to be married at the end of the week!

Title: Then Came You