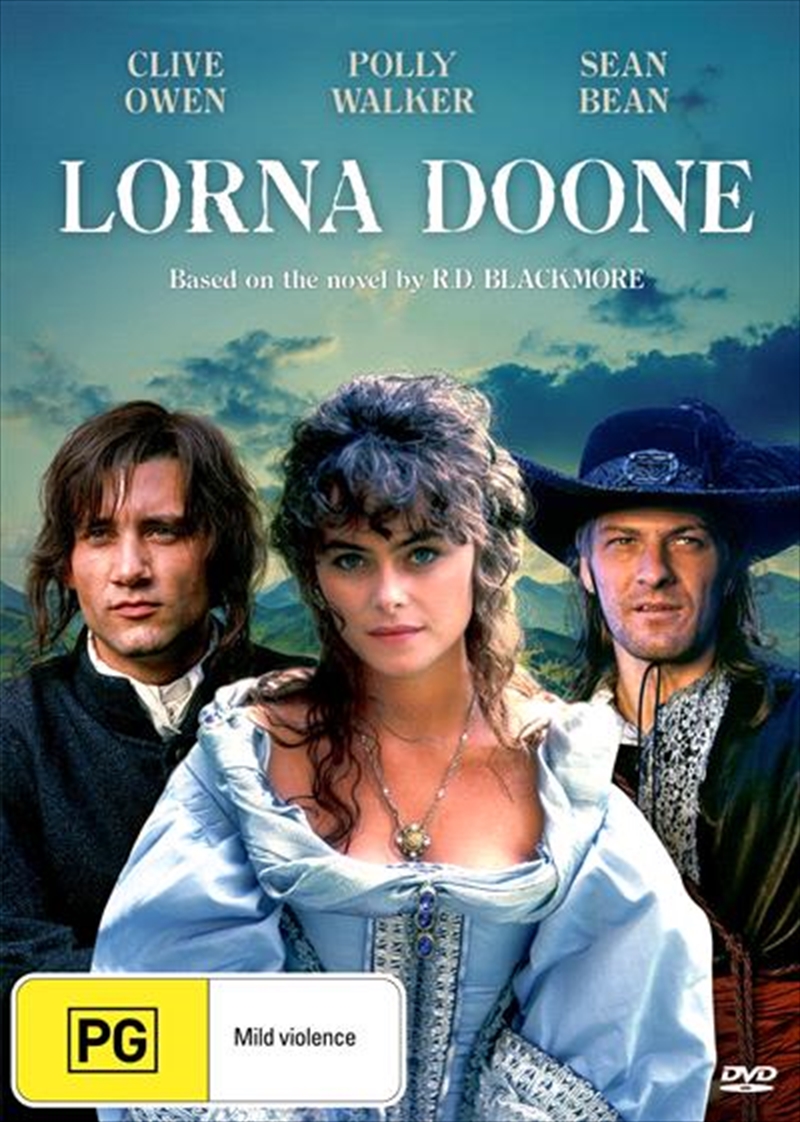 SEE MORE IN:
New Release DVD & Blu-ray New Release Movies
DESCRIPTION
One of the great love stories of English literature is retold in this powerful television adaptation, directed by Andrew Grieve (Hornblower) and starring Clive Owen (Children of Men), Sean Bean (The Lord of the Rings), Polly Walker (Rome) and Billie Whitelaw (Napoleon and Love). Based on R.D. Blackmore's classic novel set during the turbulent times of King Charles II, the production tells of John Ridd, a young West Country yeoman whose father has been killed by the Doones a clan of aristocratic but murderous outlaws inhabiting a neighbouring valley. John's search for vengeance is complicated by his feelings for Lorna, a daughter of the Doone clan; behind the romance and adventure lie the richer themes of retribution and forgiveness, as John is ultimately able to heal the scars left by the killing of his father through his love for Lorna.
DETAILS