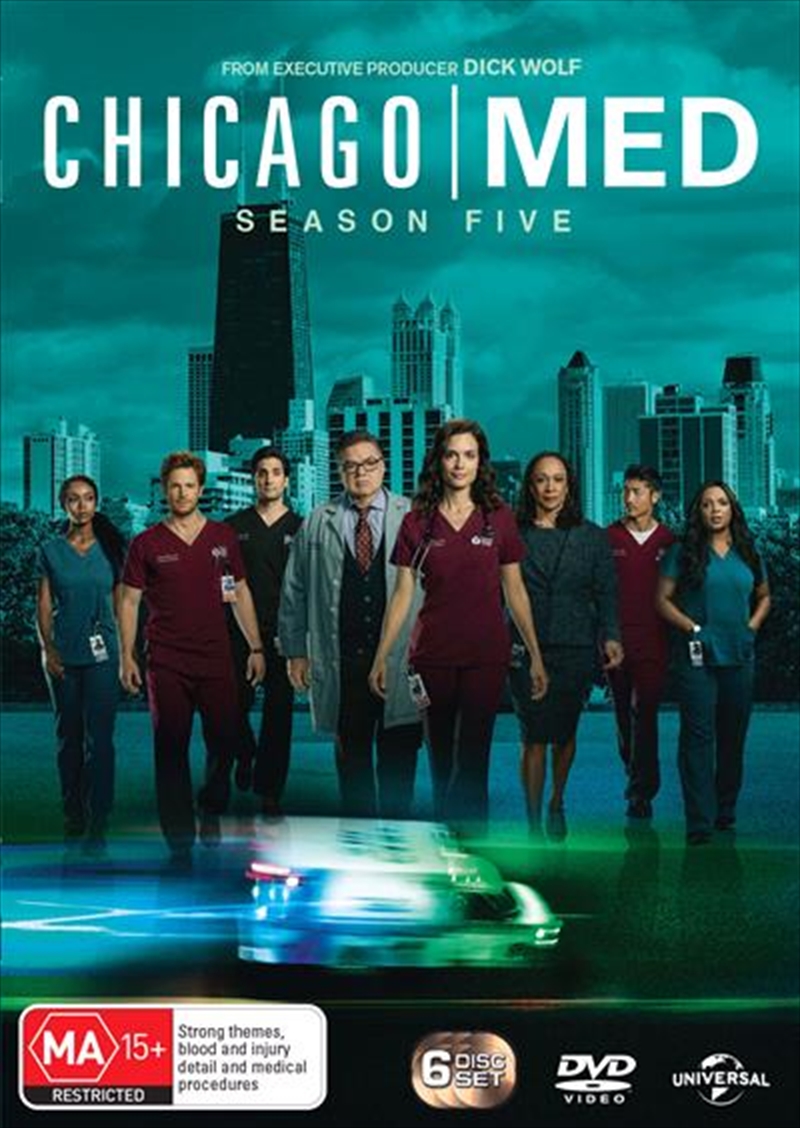 Saving Lives With Everything They Got

The city's most highly skilled medical team saves lives, while navigating their unique interpersonal relationships. Season 5 of the drama series opens with the aftermath of the car accident that almost killed Manning (Torrey DeVitto) and Halstead (Nick Gehlfuss). Meanwhile, Rhodes (Colin Donnell) suspects Bekker (Norma Kuhling) of killing his father, Maggie (Marlyne Barrett) struggles to accept her cancer diagnosis, Charles (Oliver Platt) gives up on his honeymoon to treat a patient, and Choi (Brian Tee) and April (YaYa DaCosta) have a pregnancy scare. As the season progresses, the team of doctors has to deal with several challenges: performing surgery in the dark when the power goes out, training new residents, and treating the effects of a flesh-eating bacteria in a cross-over episode with "Chicago Fire" and "Chicago P.D."