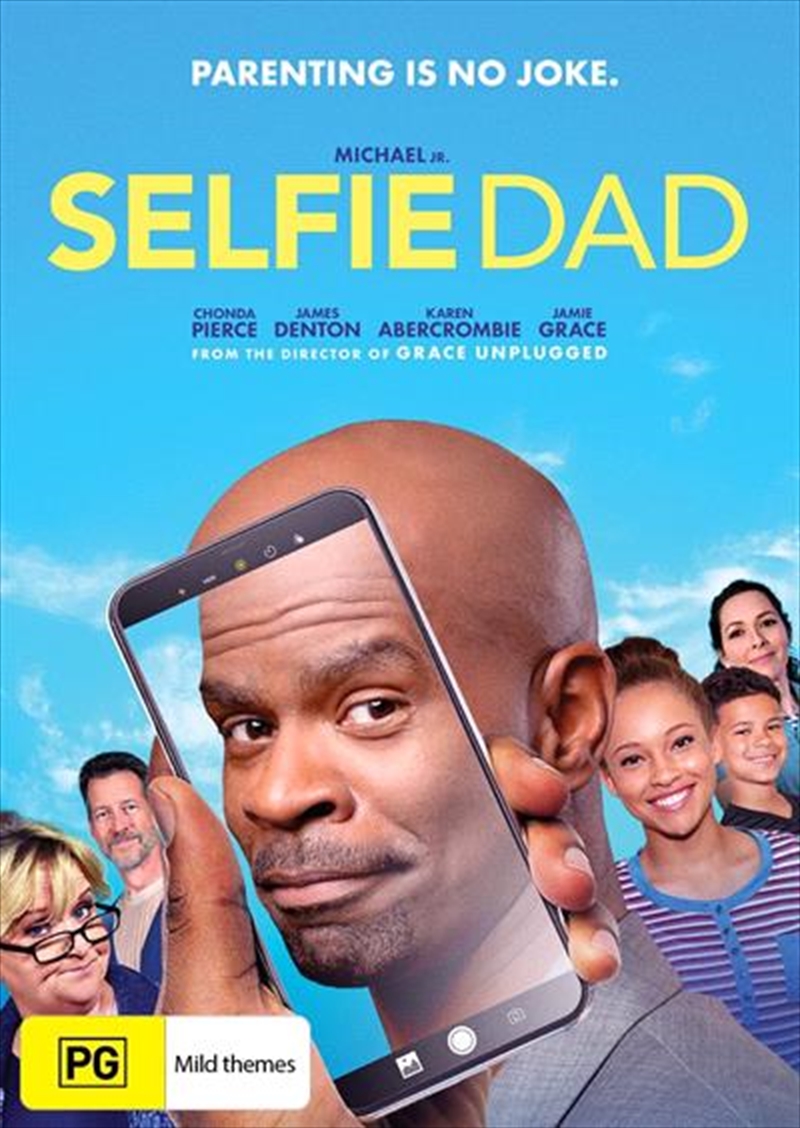 SEE MORE IN:
New Release DVD & Blu-ray New Release Movies 2 For $40 Movies All 2 For $40
DESCRIPTION
Parenting is no joke.

SELFIE DAD's Ben Marcus (Michael Jr.) has a problem. He's healthy, happily married with two beautiful kids, and has a successful career as a reality TV editor - but he isn't happy. Despite everything he has achieved, a hole has developed in his life, a hole that nothing seems to fill. Yep, Ben Marcus is facing a mid-life crisis. However, Ben thinks he knows how to solve his problem. He believes that what's missing from his life is laughter, more specifically he thinks fulfilling his long set aside dream of becoming a comedian will make him complete. And what better way to jump start his comedic career than with a YouTube channel? Initially, Ben's videos fall flatter than a pancake. That is until he receives some unasked for help from his son, who posts a video of Ben failing miserably at a home improvement project online. #fail Much to Ben's surprise (and his daughter's embarrassment) the video is a hit and quickly goes viral! Pretty soon Ben has a new career as 'Selfie Dad,' and he's an award-winning social media phenomenon with Internet celebrity. Everything is going according to plan, so why is he still unhappy? That's when Micky, a brash IT guy studying to be a pastor, enters Ben's life. Mickey, a wise-beyond-his-years 25-year-old, knows what Ben's life is really missing: God. Will Ben be open to receiving the Word? Will he allow God to enter his heart and change his life for the better forever? Watch SELFIE DAD to find out.
TRAILER
DETAILS