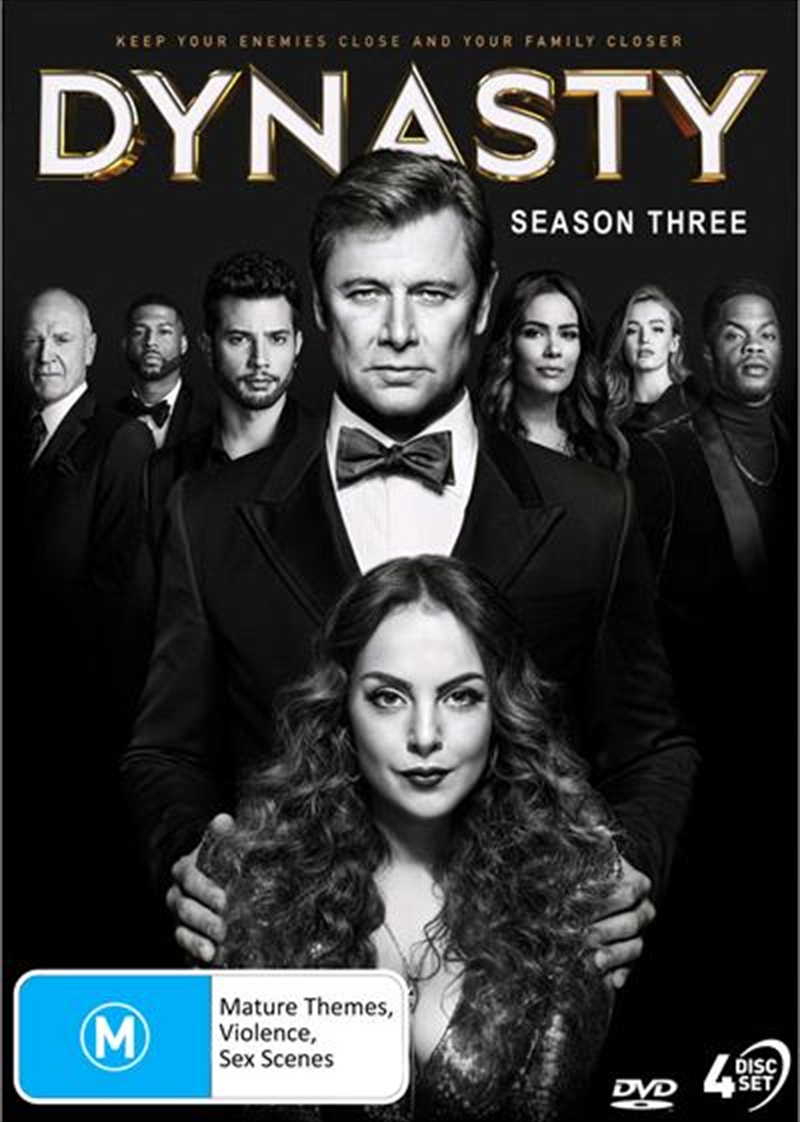 As DYNASTY hurtles into its explosive third season, the Carrington family will face the unknown on all fronts. Dealing with the fallout from the startling second season finale, Fallon (Elizabeth Gillies) is surrounded by a host of rivals looking to destroy her, the most wicked of which is her own brother, Adam (Sam Underwood), who takes the idea of sibling rivalry to a whole new level of crazy. At the same time, Fallon and Liam (Adam Huber) attempt to keep their romance sane, but secrets and skeletons from her closet will make that more difficult than ever. And after a year of me time, Blake (Grant Show) will jump back in the game, ruthlessly determined to reclaim whats rightfully his: the family company Fallon sold out from under him. Only problem is that the newest Colby in town, Blakes half-sister Dominique (Michael Michele), is here to stay and she isnt backing down from a fight over whats rightfully hers, either. Meanwhile, Sammy Jo (Rafael De La Fuente) enters an exhilarating phase of the upper-class life, but amongst the thrills of his newfound freedom, there will be dangers lurking. Plus, who knows what faces new and old, friendly and unfriendly - will pop up! The road ahead is full of the shocking twists and turns youve come to expect from the Carrington world. And if we know anything by this point in the series, its that our fractured family will have to find a way to come together if they are to claw their way back to the top of the billionaire mountain.
DETAILS