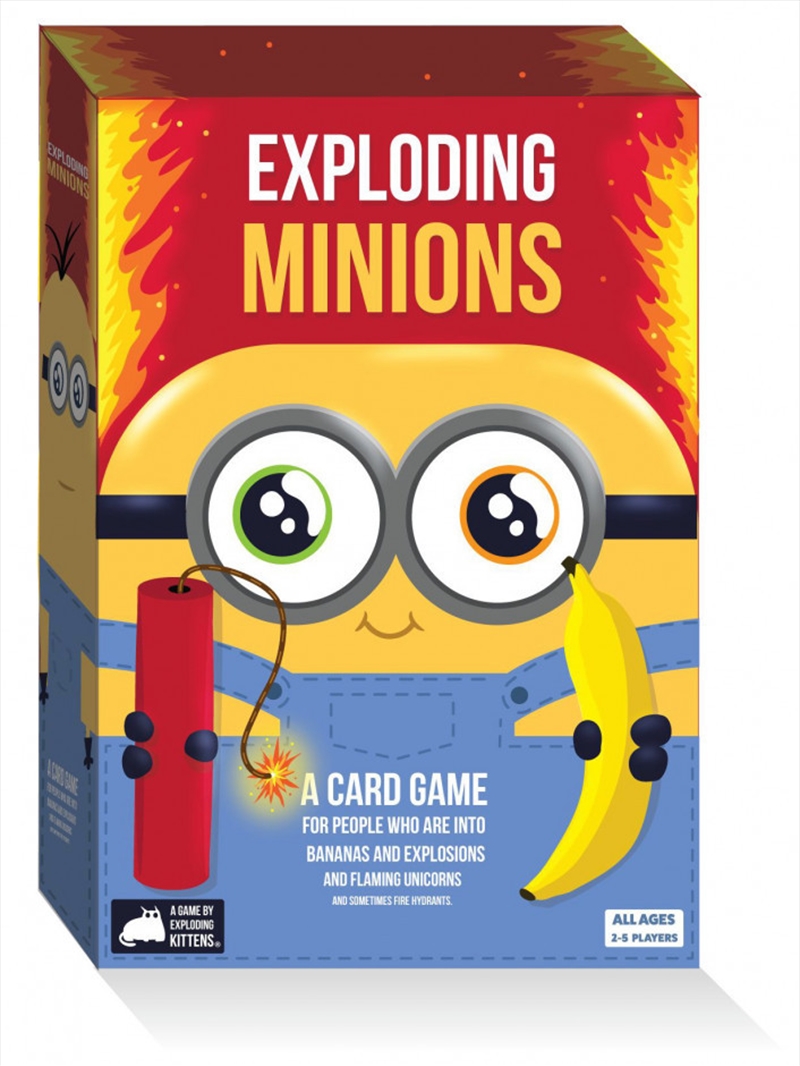 The Minions have invaded the Exploding Kittens universe! Play an all-new Minions themed version of your favourite explosive card game featuring new card types AND magical banana-dogs. This game is family-friendly, super fun, and easy to learn. It is a fast-paced party game perfect for game night or as an anytime boredom buster.

A Minion spin on the record-breaking game, Exploding Kittens.
Family-friendly and easy to learn.
72 cards that refresh the cored game, adding a new level of strategy and hilarity.
Brand new illustrations that creatively combine Minions and Exploding Kittens
Includes the new Clone Card that, when played, adopts the properties of the card beneath it.
Scheduled launch to coincide with Minion: The Rise of Gru
Ages 7+