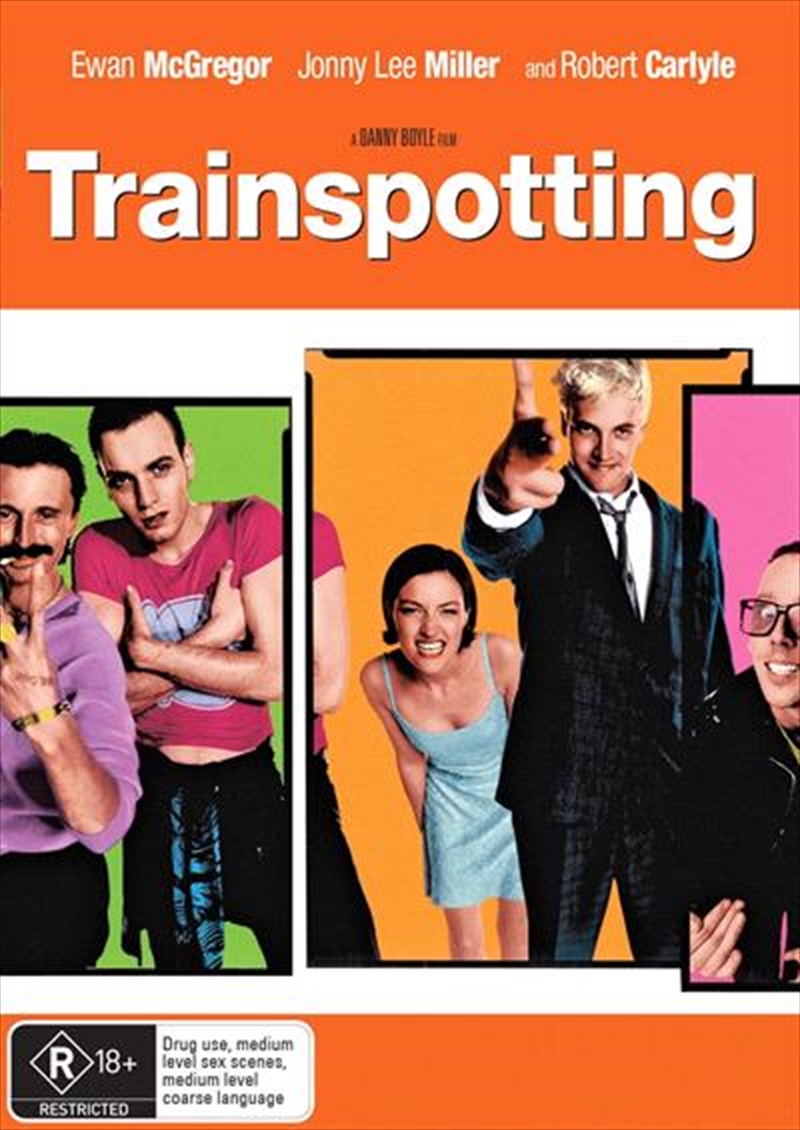 SEE MORE IN:
3 For $30 Movies & More
DESCRIPTION
Never let your friends tie you to the tracks.

Renton, deeply immersed in the Edinburgh drug scene, tries to clean up and get out, despite the allure of the drugs and influence of friends. "Choose life. Choose a job. Choose a career. Choose a family..." This is the story of Mark Renton (Ewan McGregor) and his so-called friends - a bunch of losers, liars, psychos, thieves and junkies. Hilarious but harrowing, the film charts the disintegration of their friendship as they proceed seemingly towards self-destruction. Mark alone has the insight and opportunity to escape his fate - but then again does he really want to "choose life"?
TRAILER
DETAILS