Jay And Silent Bob Strike Back 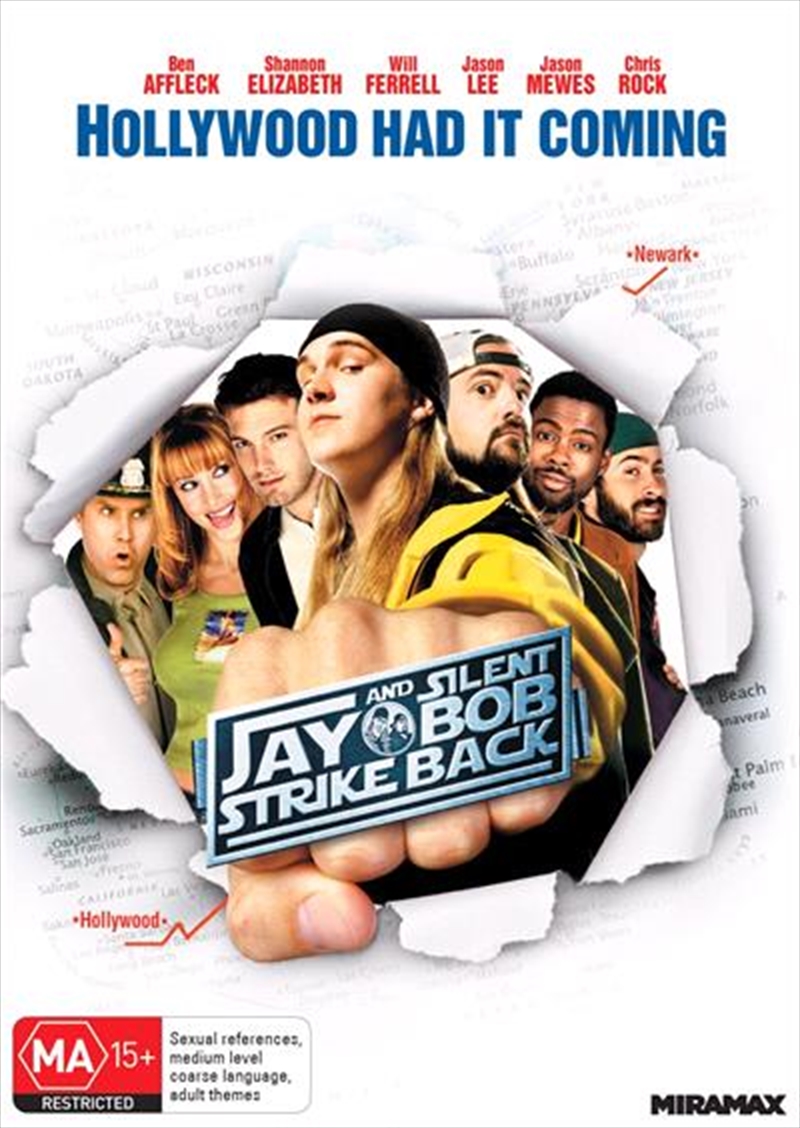 Jay And Silent Bob Strike Back

SEE MORE IN:
3 For $30 Movies & More Jay And Silent Bob Will Ferrell
DESCRIPTION
The comic "Bluntman and Chronic" is based on real-life stoners Jay and Silent Bob, so when they get no profit from a big-screen adaptation, they set out to wreck the movie. Packed with stars including Ben Affleck (Good Will Hunting), Chris Rock (Nurse Betty), Shannon Elizabeth (American Pie), Jason Lee (Almost Famous) and more, this wildly irreverent comedy is actor/director Kevin Smith's hilarious finale to the adventures of Jay and Silent Bob that began in Clerks and ran through Mallrats, Chasing Amy and Dogma! When best buddies Jay (Jason Mewes) and Silent Bob (Smith) discover that a major motion picture is being based on their likenesses, they head for Hollywood to claim the big movie money they deserve. But when the dopey duo learn that they've been cut out of the cash, they set out to sabotage the flick at all costs! Featuring a host of celebrity cameos set to a hot hit soundtrack, Jay and Silent Bob's raucous cross-country road trip is a crash course in the rules of the road with a non-stop assortment of outrageous characters that will have you laughing out loud!
TRAILER
DETAILS