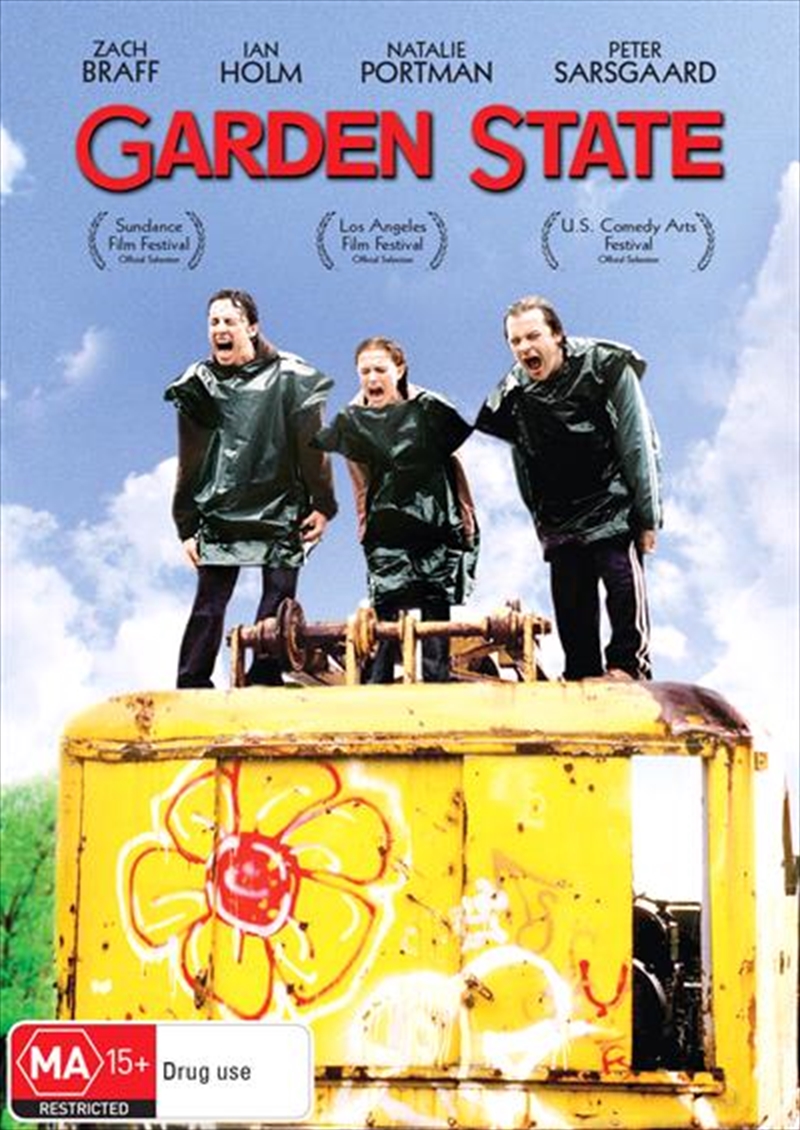 SEE MORE IN:
2 for $20 Movies
DESCRIPTION
A quietly troubled young man returns home for his mother's funeral after being estranged from his family for a decade. Hot stars Zach Braff (TV's Scrubs), Natalie Portman (Cold Mountain) and Peter Sarsgaard (Boys Don't Cry) give unforgettable performances in this original motion picture! An aspiring actor living in Los Angeles, Andrew 'Large' Largeman (Braff) has managed to avoid a visit to his hometown in New Jersey and the inevitable confrontation with his father (Ian Holm The Aviator). But as he reconnects with the place once he returns, a twist of fate introduces him to Sam (Portman), a quirky girl who gives Large the courage to open his heart to life's experiences! An Official Selection at the Sundance Film Festival and set to a great soundtrack featuring Coldplay, Remy Zero and the Shins, Garden State is the must-see cult hit of the year!
TRAILER
DETAILS