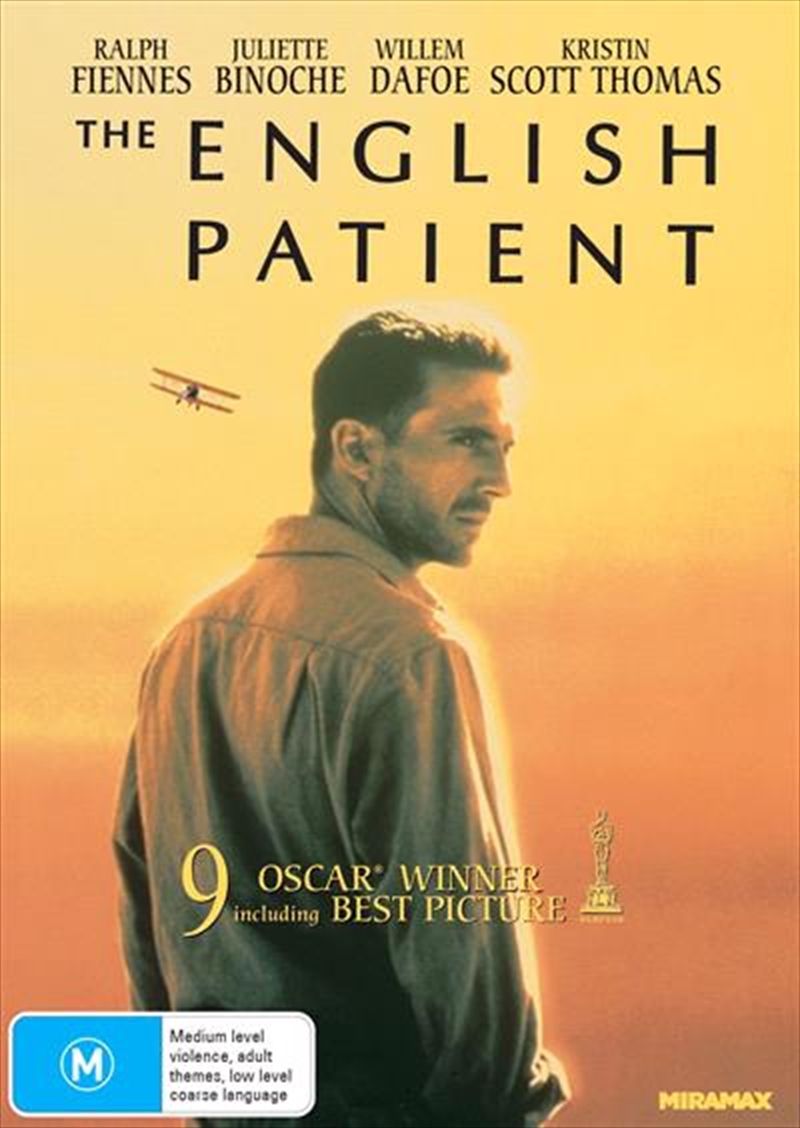 SEE MORE IN:
3 For $30 Movies & More
DESCRIPTION
At the close of World War II, a young nurse tends to a badly-burned plane crash victim. His past is shown in flashbacks, revealing an involvement in a fateful love affair. From the Booker prize winning novel by Michael Ondaarje comes the most acclaimed film of its year. Winner of 9 Academy Awards including Best Picture and Best Supporting Actress Juliette Binoche. Unparalleled in intrigue, beauty and mystery, The English Patient unravels a rich and passionate story against a spectacular backdrop - from the perilous sands of the Sahara, to the green hills of Tuscany. It is a tale of love, of betrayal, of war and of adventure that is as intimate as it is spectacular. A film unlike any other that will leave you totally breathless.
DETAILS