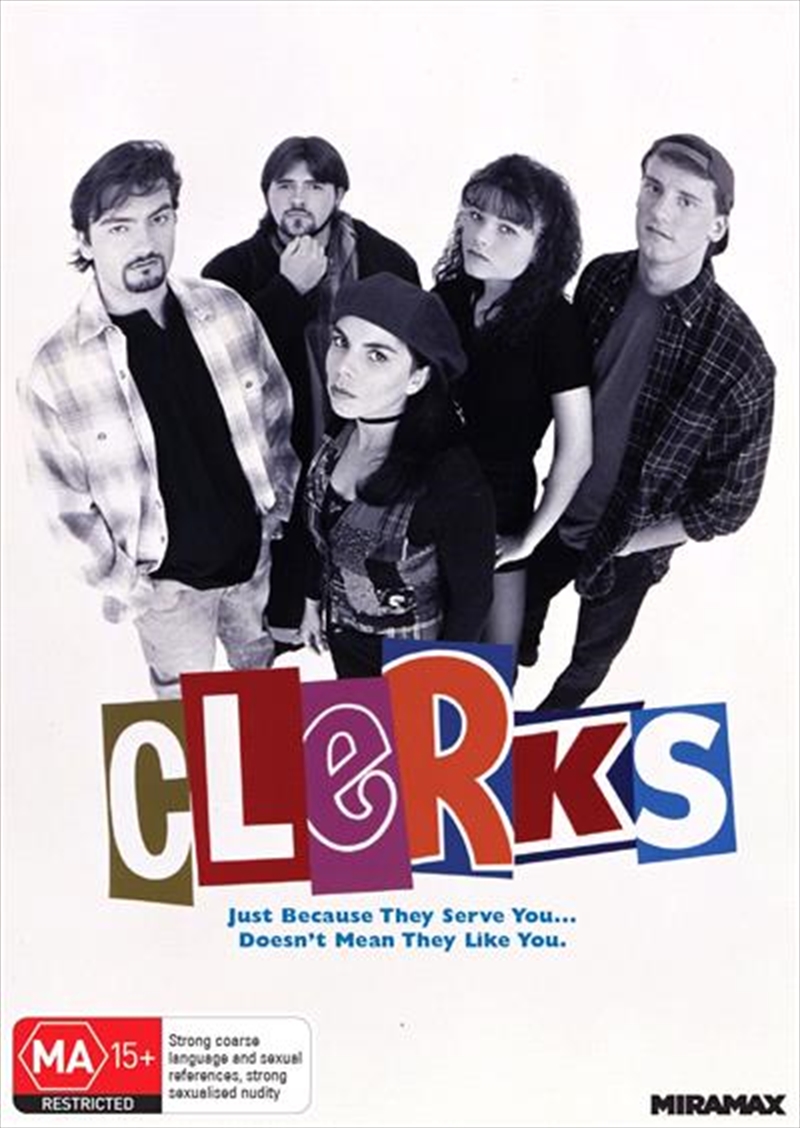 SEE MORE IN:
3 For $30 Movies & More
DESCRIPTION
Just Because They Serve You... Doesn't Mean They Like You.

A day in the lives of two convenience clerks named Dante and Randal as they annoy customers, discuss movies, and play hockey on the store roof. It's a bad day for Dante Hicks, the 22-year-old cash-register jockey at the QuickStop convenience store in Leonardo, NJ. He was supposed to have the day off to play hockey with his pals. Instead he's stuck at work fending off irate and pushy customers. He is fighting with his girlfriend, Veronica, who stuns him with revelations of her past adventures in oral sex, and he's reeling from the news that his ex-girlfriend is about to marry "an Asian design major". Before the day is over, a customer will die on him, he'll be fined for selling cigarettes to a 4 year old, and his old flame will have sex with a corpse. Next door at the video store, his irritating best friend, Randal, is busy insulting his customers and provoking Dante into trouble.
TRAILER
DETAILS