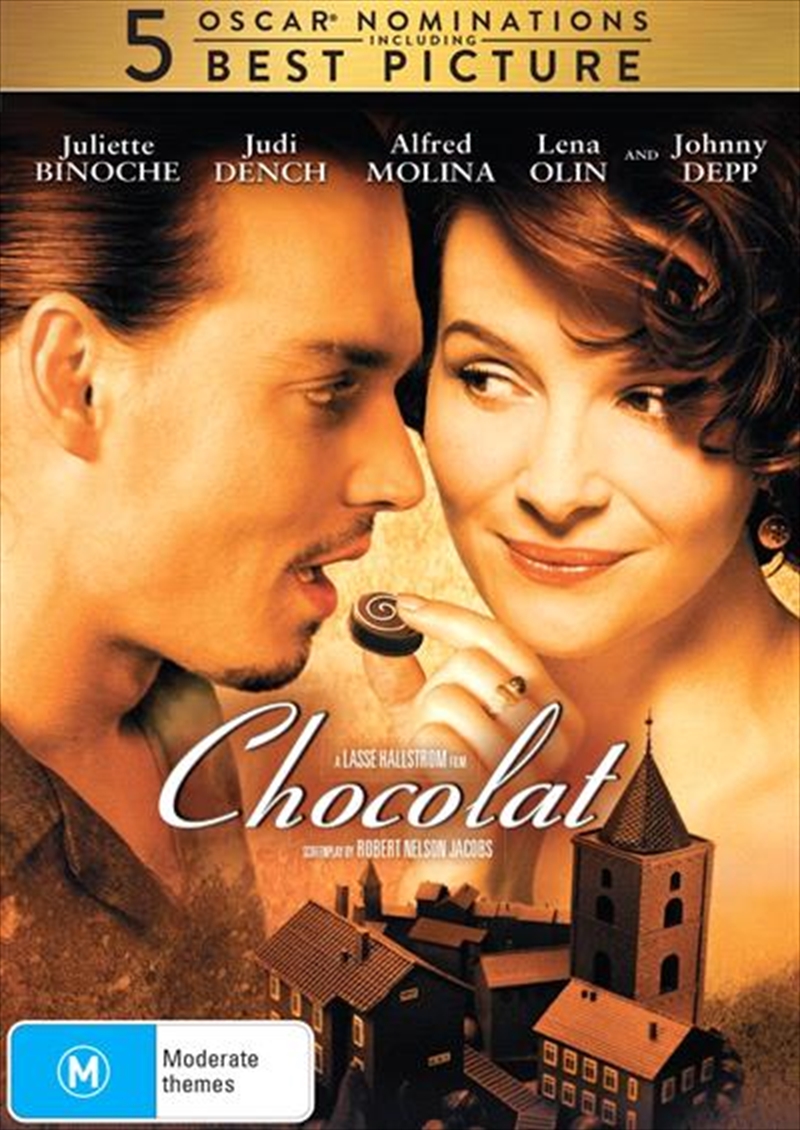 SEE MORE IN:
3 For $30 Movies & More
DESCRIPTION
One taste is all it takes.

A woman and her daughter open a chocolate shop in a small French village that shakes up the rigid morality of the community. In the small French village of Lansquenet where life has remained the same for 100 years, the wind of change is about to sweep through it, altering it forever... Free-spirited wanderer, Vianne Rocher has arrived with her daughter to set up a chocolaterie during the Lenten period of abstinence. Her arrival is frowned upon by some locals but to others, her presence is life-changing. Somehow, almost magically, her delectable treats are tantalising more than just tastebuds - they are curing lost hopes, awakening unexpected passions and fulfilling unspoken desires. From acclaimed film-maker Lasse Hallstrom (THE CIDER HOUSE RULES, MY LIFE AS A DOG) comes the most sweetly surprising film of the year. Nominated for 5 Academy Awards, and starring Juliette Binoche (The English Patient), Judi Dench (Shakespeare in Love) and Johnny Depp (Blow), CHOCOLAT is the most delicious comic fable - a celebration of difference and a feast for the senses.
TRAILER
DETAILS