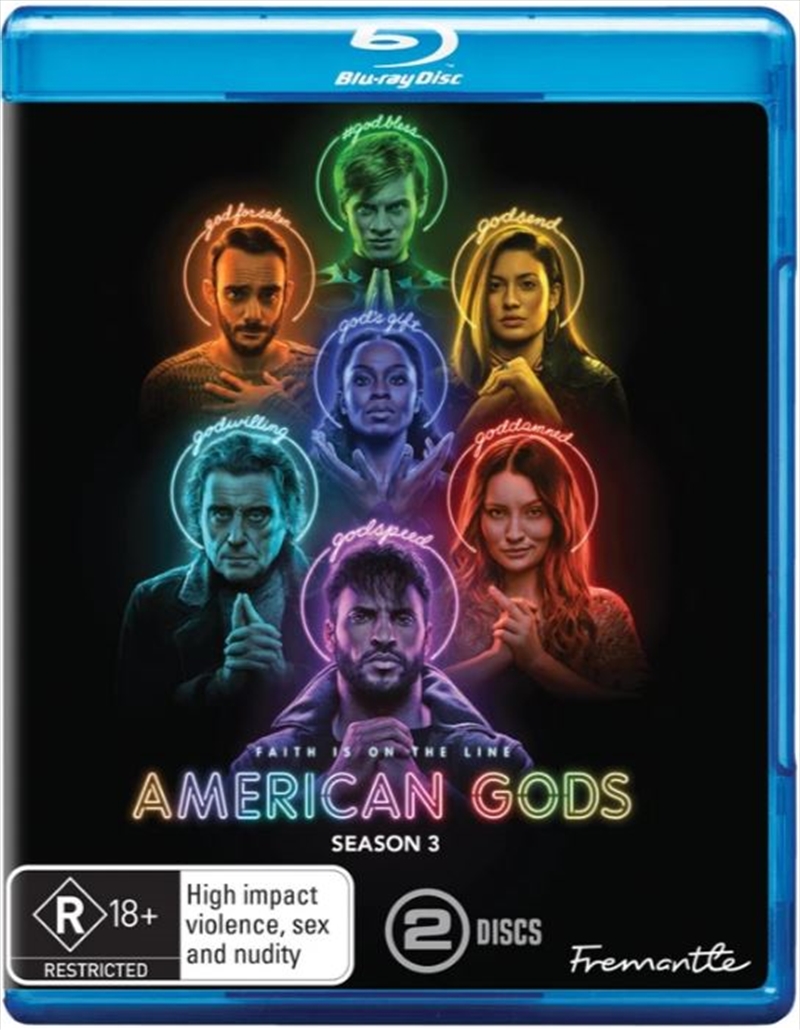 AMERICAN GODS chronicles a war brewing between the Old Gods of ancient mythological roots and the New Gods of modern technology. Ex-con Shadow Moon has spent two seasons following his mysterious boss Mr. Wednesday (aka the Norse All-Father Odin) around the country, only to discover at the end of last season that the Old God is actually his father. This season follows Shadow as he attempts to break away and assert himself as his own man, setting roots down in the idyllic snowy town of Lakeside, Wisconsin, where hell uncover a dark secret while exploring questions of his own divinity. Guided on this spiritual journey by the gods of his black ancestors, the Orisha, Shadow must decide exactly who he is - a god seeking veneration, or a man in service of the "we".