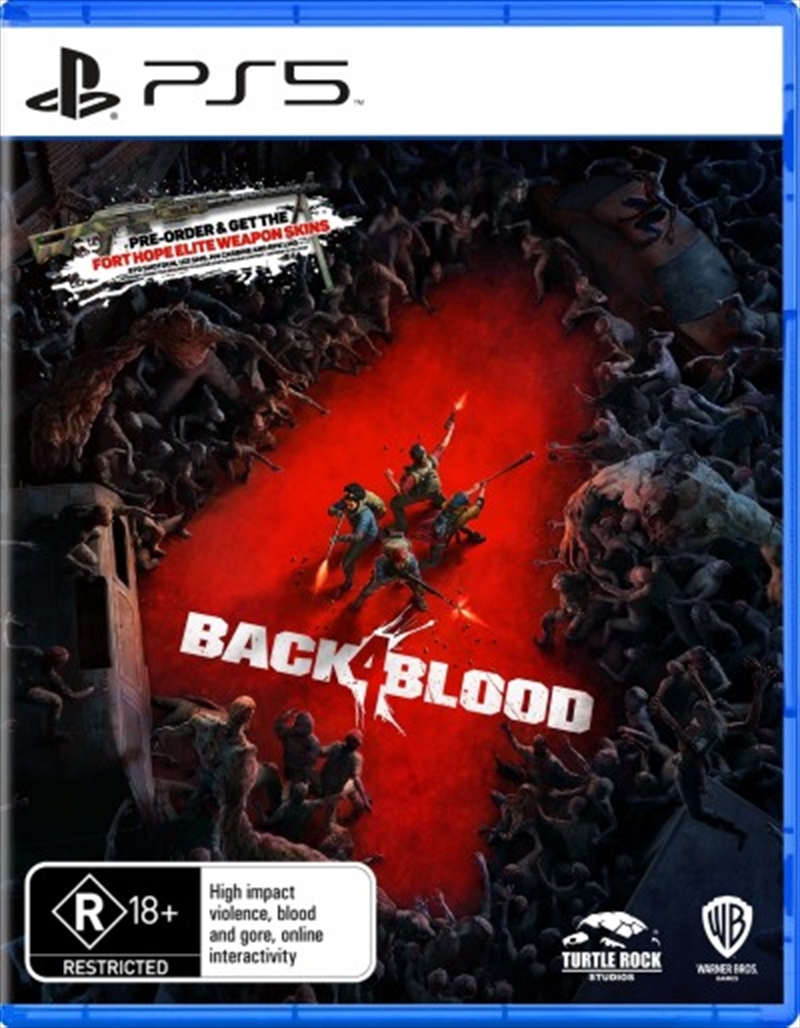 Come slay with us in Back 4 Blood, a first-person co-op zombie shooter from the creators of the critically acclaimed Left 4 Dead franchise. The Back 4 Blood story takes place after a catastrophic outbreak where most of humanity has either been killed or infected by the parasitic Devil Worm. Hardened by unspeakable events and emboldened to fight for the last of humanity, a group of apocalypse veterans called the Cleaners have rallied to take on the infected horrors known as the Ridden and reclaim the world. Back 4 Blood features thrilling, dynamic moment-to-moment gameplay and highly variable, customizable action to keep players coming back for more.

Cooperative Story Campaign - Fight through a four-player co-op story campaign and work together to survive increasingly challenging missions. Team-up online with drop-in and drop-out co-op to fight the ever-evolving Ridden threat together or play the campaign solo with three AI teammates.

Competitive Multiplayer - Play with or against friends in online PvP that supports up to eight players. Switch between playing as a Cleaner and the horrific Ridden.

Customizable Characters and Weapons - Choose from eight customizable Cleaners, a wide range of lethal weapons, and a diverse set of items to better overcome an adapting enemy.