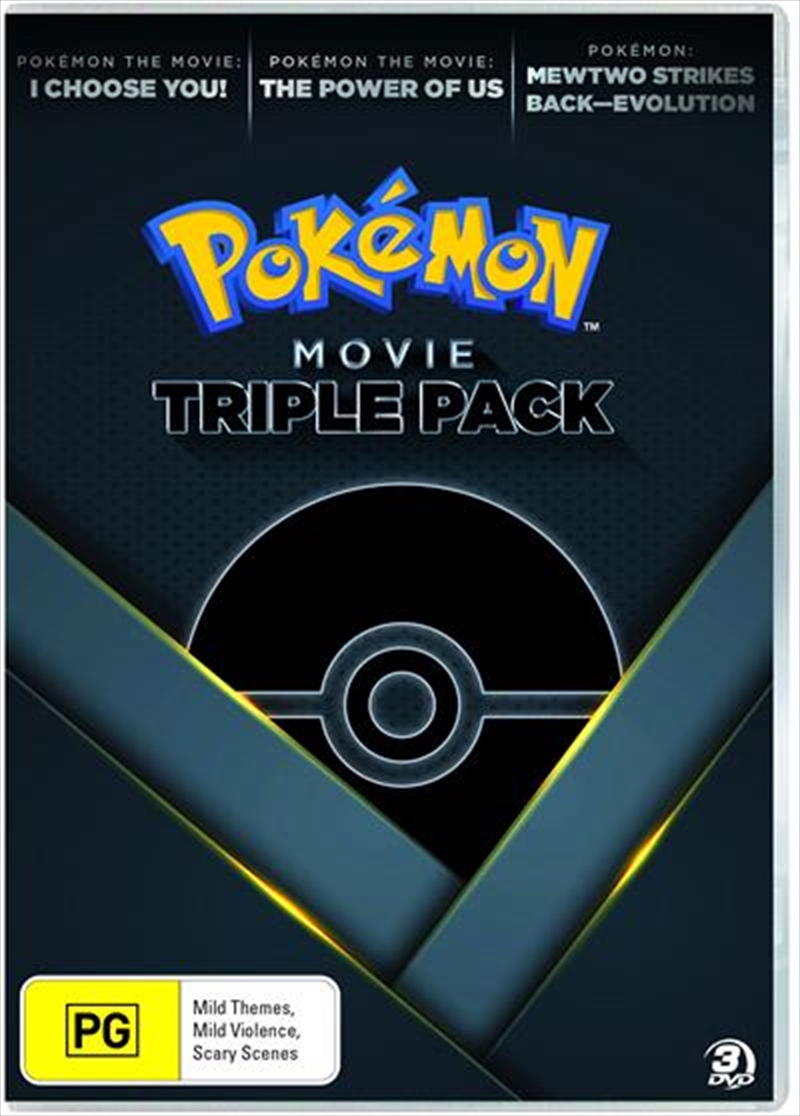 POKEMON THE MOVIE: I CHOOSE YOU! Pokemon returns to its earliest memories in the full-length feature film Pokemon the Movie: I Choose You! Classic moments with familiar friends and new encounters come together in the 20th Pokemon movie. When Ash Ketchum oversleeps on his 10th birthday, he ends up with a stubborn Pikachu instead of the first partner Pokemon he wanted! But after a rocky start, Ash and Pikachu become close friends and true partners and when they catch a rare glimpse of the Legendary Pokemon Ho-Oh in flight, they make plans to seek it out together, guided by the Rainbow Wing it leaves behind. Trainers Verity and Sorrel join Ash on his journey. Along the way, Ash catches an abandoned Charmander, raises a Pokemon from Caterpie to Butterfree and then releases it to follow its heart, and meets the mysterious Mythical Pokemon Marshadow. When they near their goal, the arrogant Cross Charmanders former Trainer stands in their way! Can Ash and Pikachu defeat this powerful Trainer and reach Ho-Oh as they promised, or will their journey end here?

POKEMON THE MOVIE: THE POWER OF US - A young athlete whose running days might be behind her, a compulsive liar, a shy researcher, a bitter old woman, and a little girl with a big secret the only thing they have in common is the annual Wind Festival in Fula City. The festival celebrates the Legendary Pokemon Lugia, who brings the wind that powers this seaside city. When a series of threats endangers not just the festival, but all the people and Pokemon of Fula City, it'll take more than just Ash and Pikachu to save the day! Can everyone put aside their differences and work together or will it all end in destruction?

POKEMON: MEWTWO STRIKES BACK - EVOLUTION - The first CGI animated Pokmon movie has arrived. Pokemon: Mewtwo Strikes Back - Evolution is a reimagining of Pokemon: The First Movie, which was originally released in 1999. Whether you've loved Pokemon since that movies premiere or you're a more recent fan, this is a fun way to take a modern look at Ash and Pikachu's original big-screen adventure. When researchers discover and exploit a fossil of the Mythical Pokemon Mew, they unleash a creation that goes against the very laws of nature: Mewtwo, a Legendary Pokemon intended for use as a tool of destruction. But as Mewtwo becomes aware of its own dubious origin, it begins to resent its human creators and seeks revenge and Ash, Pikachu, and their friends find themselves at the center of its rampage! With the future of the Pokemon world at stake, will our heroes be able to overcome Mewtwo's challenge and will Mewtwo be able to find a new meaning for its life?