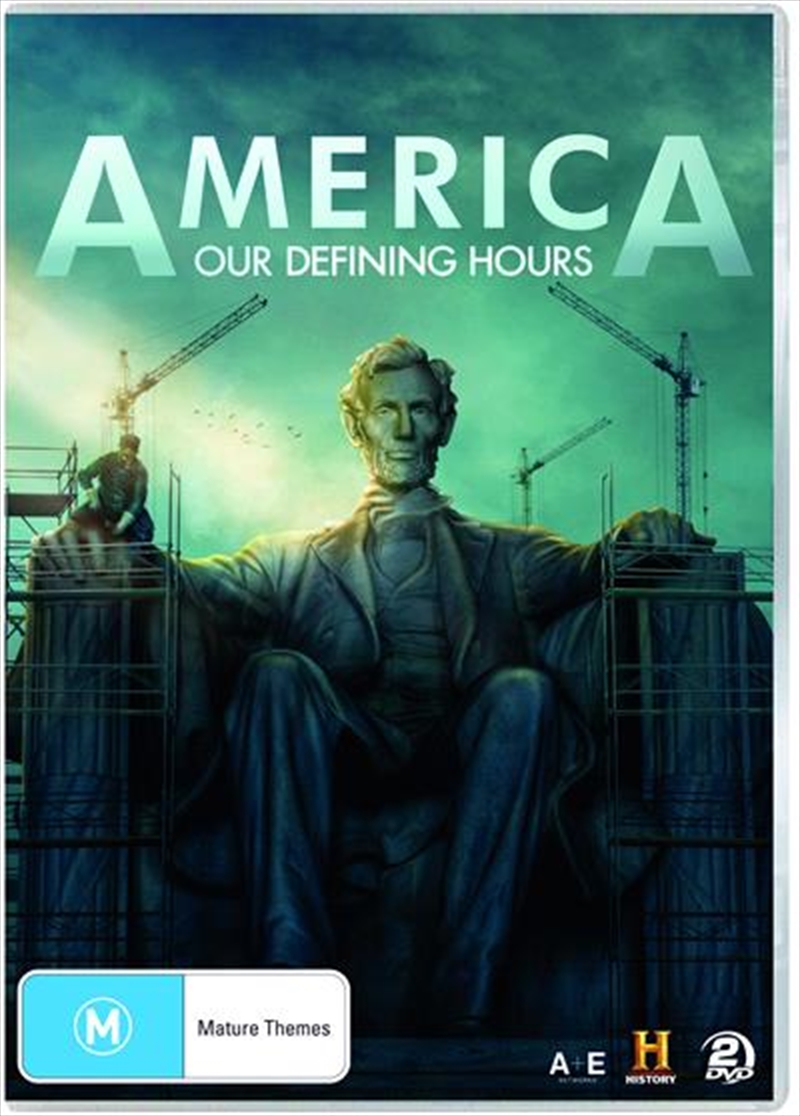 SEE MORE IN:
2 For $40 TV New Release DVD & Blu-ray Documentaries New Release Movies All 2 For $40
DESCRIPTION
Americans have faced adversity before - overcoming it is baked into the nations DNA. This 3-part event mini-series draws on over 300 years of US history, from the Mayflower, the American Civil War to the September 11 attacks, to tell a relevant, emotional tale of how the United States, as a nation, seized moments of crisis to create a better tomorrow. Combining dramatic live action sequences, premium documentary elements and expert interviews, the series explores the leadership and collaboration that saw our ancestors not only survive but thrive: stories of presidents, generals, explorers, visionaries and ordinary, yet extraordinary Americans. This is the story of a generation of men who come of age in the trenches of World War I, only to become the leaders of World War II. The lessons they learn on the frontlines shape them as they rise to powerand haunt them as the deadly fighting breaks out again. Some become heroes, forged in courage under fire. Others emerge as the most infamous villains the world has ever seen. Theirs is one storythe story of a 30-year global struggle. A fight that will either save the worldor destroy it. Narrated by two-time Oscar nominee Jeremy Renner (The Hurt Locker, The Town), this three-night event series features gripping dramatic scenes, stunning CGI visuals and interviews with contemporary leaders, including John McCain, Colin Powell, John Major and David Miliband, along with noted historians from around the world. The World Wars is a mini-series event that takes viewers on an epic and groundbreaking ride through the bloodiest century in history.
DETAILS