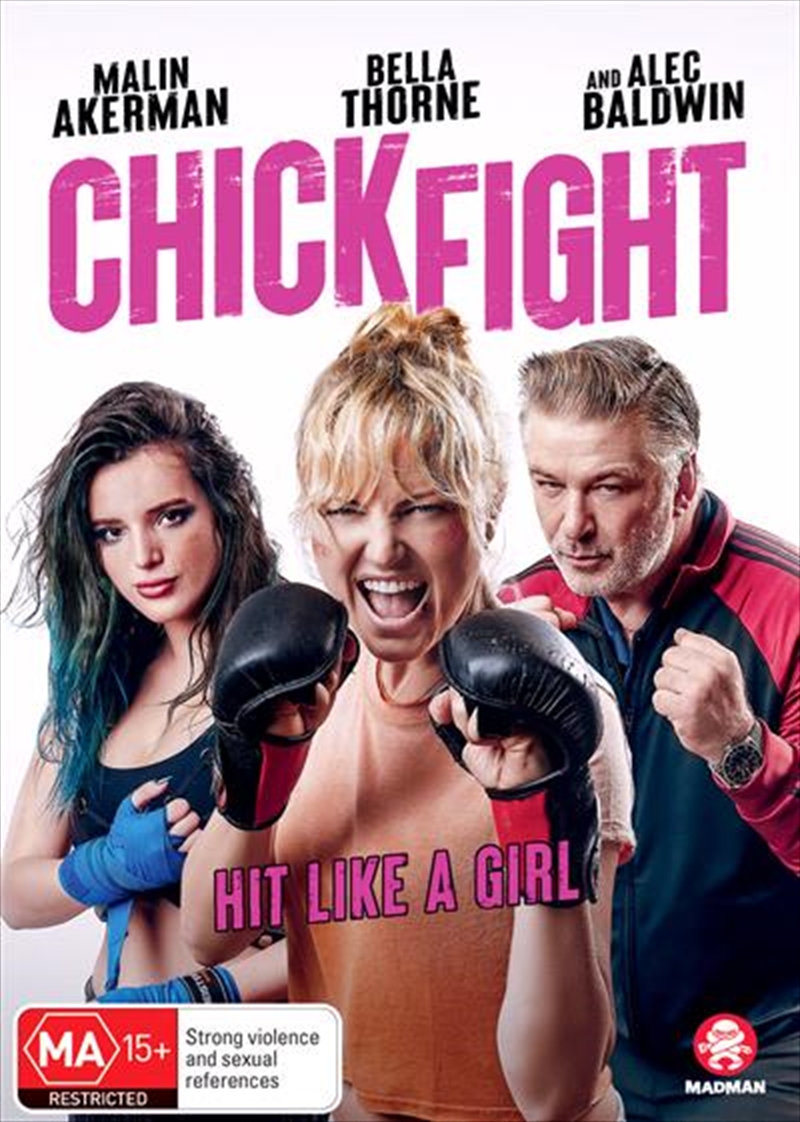 SEE MORE IN:
New Release DVD & Blu-ray New Release Movies 2 For $40 Movies All 2 For $40
DESCRIPTION
Hit like a girl

Chick Fight follows Anna (Malin Akerman), as she navigates a particularly challenging juncture in her life. She still hasnt reconciled with the recent death of her adored mother. Shes just discovered that her loving and supportive father is gay (which she totally supports, but the deception cuts deep). And she accidentally burns down her uninsured coffee shop when she discovers a casually thrown joint and a spilled bottle of moonshine dont exactly mix. Knowing Anna needs to be abruptly shaken and stirred from her deep funk, her best friend Charleen (Dulc Sloan) takes Anna to an all women underground fight club. It's here that Anna encounters an eclectic cast of characters, including the intimidatingly perfect and most brutally efficient fighter of the club, Olivia (Bella Thorne), who quickly becomes a rival in and out of the ring. With the help of an eccentric and reclusive trainer Jack Murphy (Alec Baldwin), Anna slowly rediscovers herself, her inner strength and true purpose in the most primal of ways.
TRAILER
DETAILS