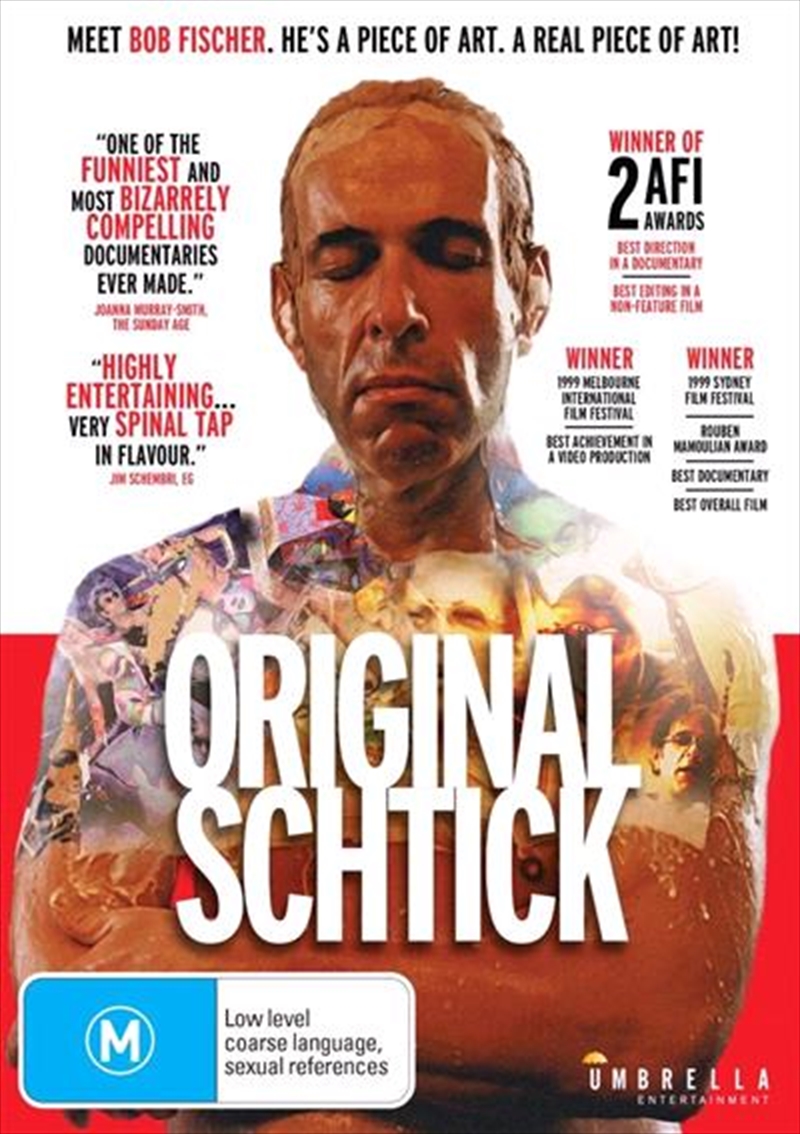 SEE MORE IN:
New Release Movies 2 For $40 Movies All 2 For $40
DESCRIPTION
Meet Bob Fischer. He's a piece of art. A real piece of art!

ORIGINAL SCHTICK - Meet Robert (Bob) Fischer - and then wish you never had. This expose follows an American (con) artist on his forest fire tour of Melbourne. Bob, a colourfully misanthropic nobody, manages to fool everyone within earshot - artists, gallery owners, art dealers and sponsors-scorching the poor suckers in the process. The unravelling disaster is expertly captured by director Maciej Wszelaki's omnipresent and frequently daring and intrusive lens.
SCHTICK HAPPENS - 'Schtick Happens' documents the conflict between documentary filmmakers and their subject after the release of the film, 'Original Schtick'. It's a story that challenges notions of representation as it traces, subject, Bob Fischer's unfolding story, his shifting reactions to the film, the tenuousness of his involvement with the documentary filmmakers, as well as their joint attempts to sell and promote 'Original Schtick'. This film is about making it happen, capitalising on fame, while also recognising that 'schtick' can pass in a fleeting moment. And what you have left is the difference between art and artfulness.
DETAILS