Conquest Of Everest, The 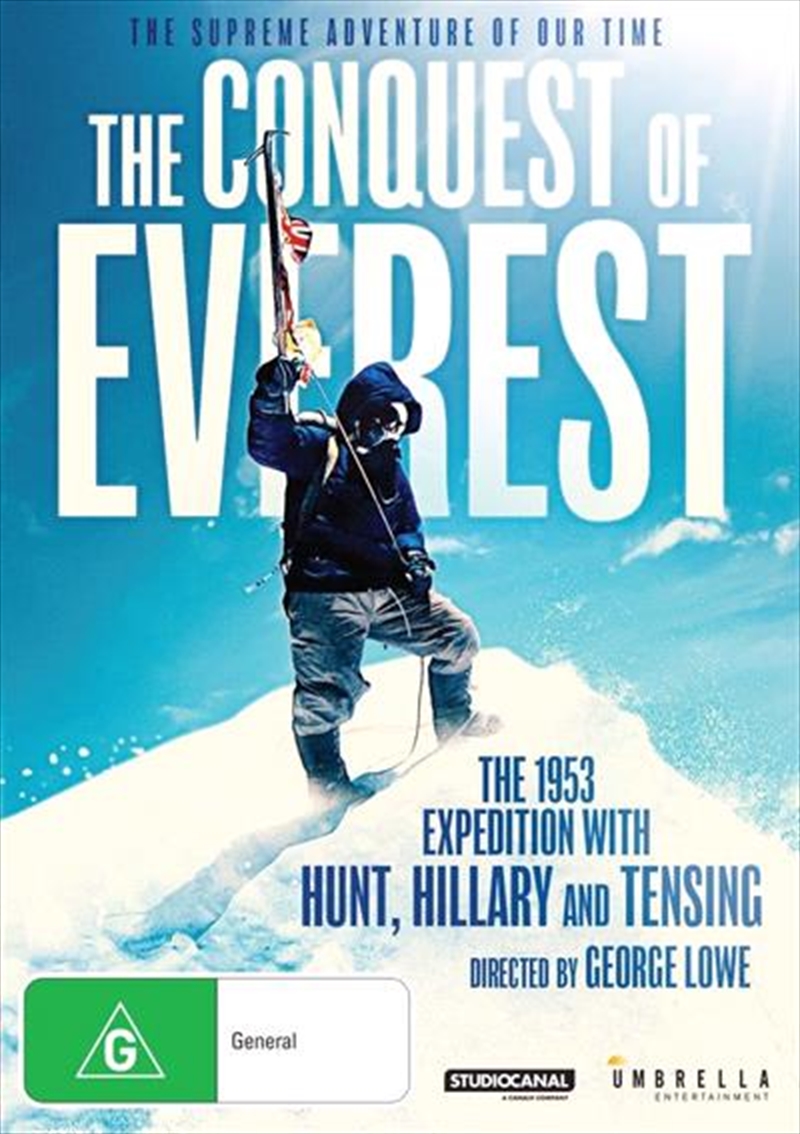 Conquest Of Everest, The

SEE MORE IN:
Documentaries 2 for $20 Movies
DESCRIPTION
Step by Step To the Top With Hillary and Tensing...

A colorful, dramatic and heart-catching film which tells the story of the British expedition which in 1953 finally conquered the hitherto unconquerable and reached the top-most peak of the highest mountain in the world - Mount Everest. An unforgettable achievement, in which the excitement mounts with the altitude, has made an unforgettable film.
DETAILS

Title: Conquest Of Everest, The