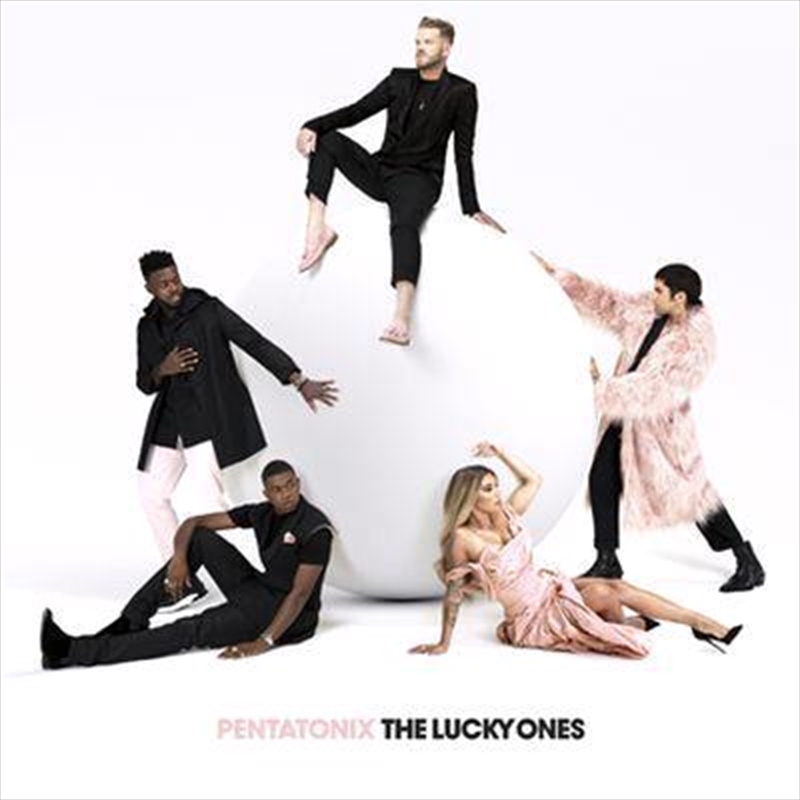 SEE MORE IN:
2 For $40 Music New Release Music All 2 For $40 Pentatonix
DESCRIPTION

Three-time Grammy® Award-winning and multi-platinum-selling artist Pentatonix has sold more than 10 million albums worldwide and performed for hundreds of thousands of fans at their sold out shows across the globe. Their YouTube channel boasts over 18 million subscribers, yielding more than 4.5 billion video views.

Most recently, Pentatonix released their original single, “Happy Now” in addition to their At Home EP along with original music videos for their “Home” medley as well as for their covers of “Blinding Lights” (The Weeknd), “when the party’s over” (Billie Eilish), “Break My Heart” (Dua Lipa) and “Dreams” (The Cranberries).

Their new original album, The Lucky Ones, will be released on February 12, 2021 and is available for pre-order! The upcoming album marks the group’s first full-length original album since 2015, when their self-titled album debuted at #1 on Billboard’s Top 200 Chart. Locally in Australia, Pentatonix have achieved 7 x Top 40 ARIA Albums, 2 x Top 10 ARIA Albums, over 102 million audio streams and over 40 million video views.