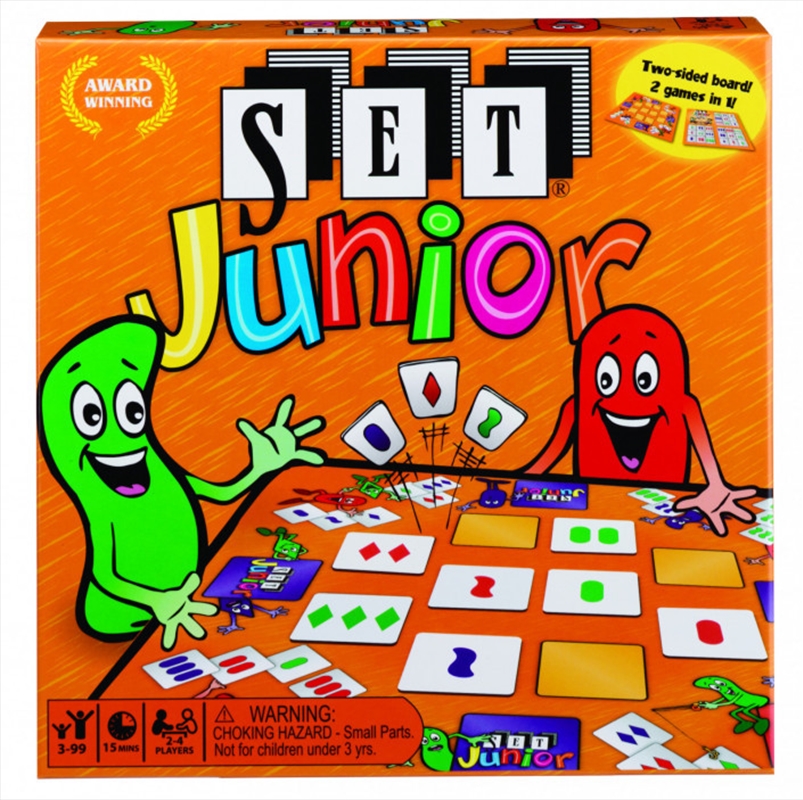 Want to click and collect? Check store availability
2 for $50 Merch

SET Junior uses the familiar SET gameplay, but scaled down in difficulty for younger players. In SET, players want to create sets of three cards, with each card in the set having the same feature as each other card in the set or a different feature. For example, all three cards have green symbols on them, but they have 1, 2 and 3 symbols and the symbols are all different shapes (oval, squiggle and diamond).

One side of the double-sided game board in SET Junior features three 3x3 squares, with each line in a square forming a set. Players take turns drawing a tile from the stack — with each tile featuring 1-3 symbols in one of three colors and in one of three shapes — and placing that tile on the game board. Each time a player completes a set by placing a tile, she claims a point chip and whoever collects the most chips wins.

On the other side of the game board, a dealer lays out up to ten tiles one by one and whenever any player sees a set among the face-up tiles, she shouts "Set!" and claims the tiles that form the set. The dealer then replaces these tiles and the game continues until no more sets can be claimed. Whoever claims the most sets wins.