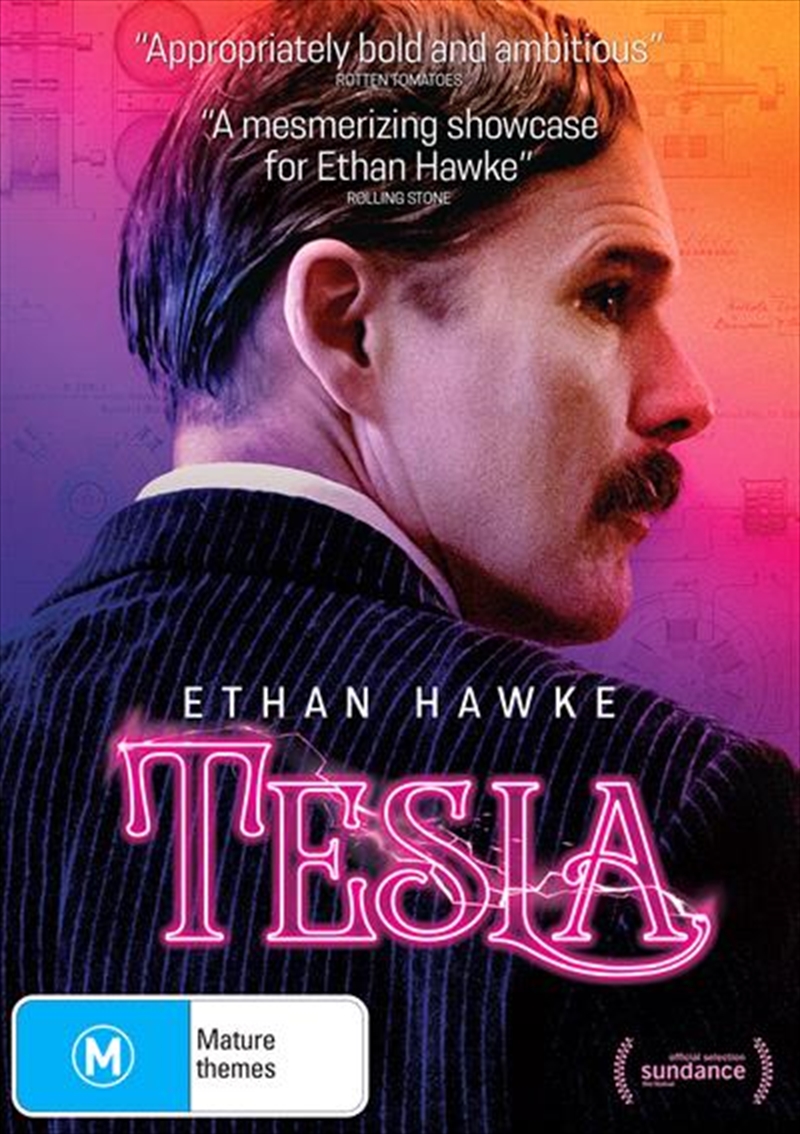 SEE MORE IN:
4 For $50 DVD, Blu-ray & More
DESCRIPTION
My achievements and conquests will be evaluated in the future

Imagination runs wild in this story of iconic inventor Nikola Tesla, whose imagination and technological breakthroughs helped shape the world we live in today. Before his name became a brand and beyond his rivalry with Thomas Edison in the Current War, Tesla was a pioneer of electrical science, whose brilliant mind was often at odds with the mundane workings of the industry, commerce and human behaviour. Anchored by the electrifying performance of Ethan Hawke, TESLA celebrates his life and work in a film that is as bold, creative and enigmatic as the man himself.
TRAILER
DETAILS