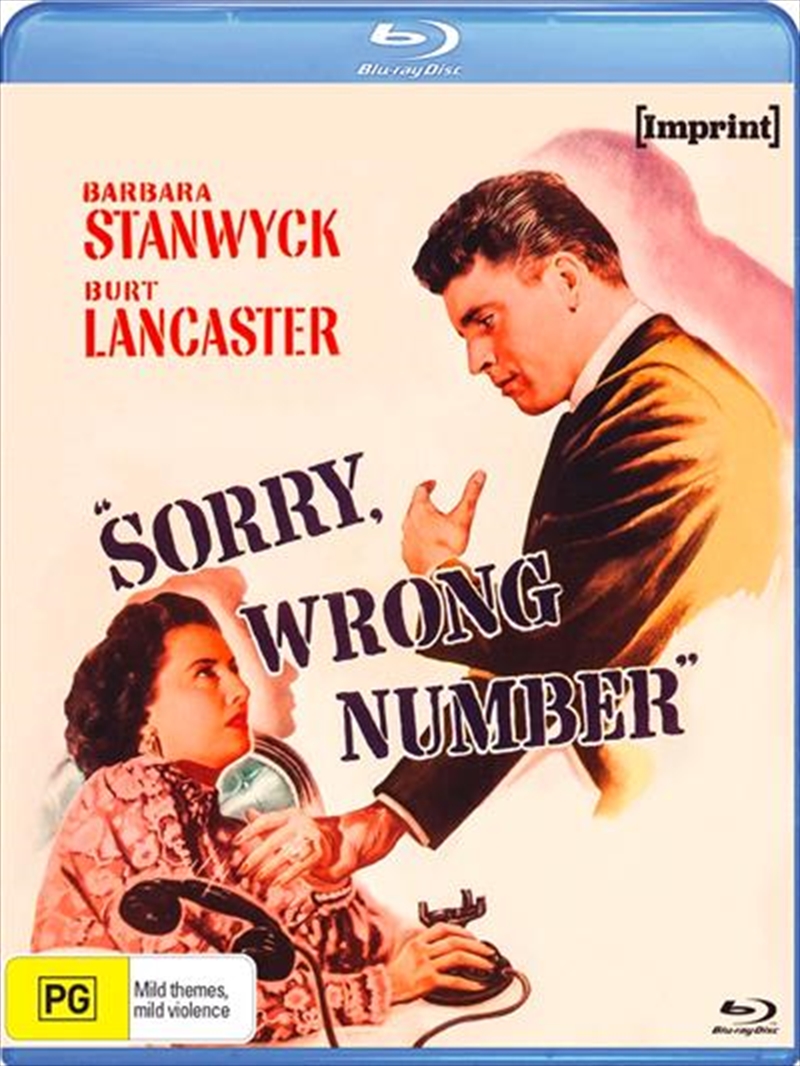 When Lucille Fletcher took on the challenge of expanding her classic 30-minute radio suspenser Sorry, Wrong Number into an 89-minute feature film, she opted on the Citizen Kane approach, filling the plotline to the brim with revelatory flashbacks. Barbara Stanwyck stars as bedridden hypochondriac Leona Stevenson, who while trying to make a call from her bedroom telephone gets her wires crossed and inadvertently overhears two men plotting a murder. Anxiously, Leona wades through telephone-company bureaucracy to trace the call, never catching on -- until it's too late -- that the murder being planned is hers. A series of flashbacks details the disintegrating marriage between the wealthy Leona and her weakling husband Henry (Burt Lancaster), and Henry's subsequent disastrous get-rich-quick schemes involving chemist Waldo Evans (Harold Vermilyea) and a surly gangster (William Conrad). It would have been a near-sacrilege to alter the radio play's ironic ending, which fortunately remains intact on film.
DETAILS