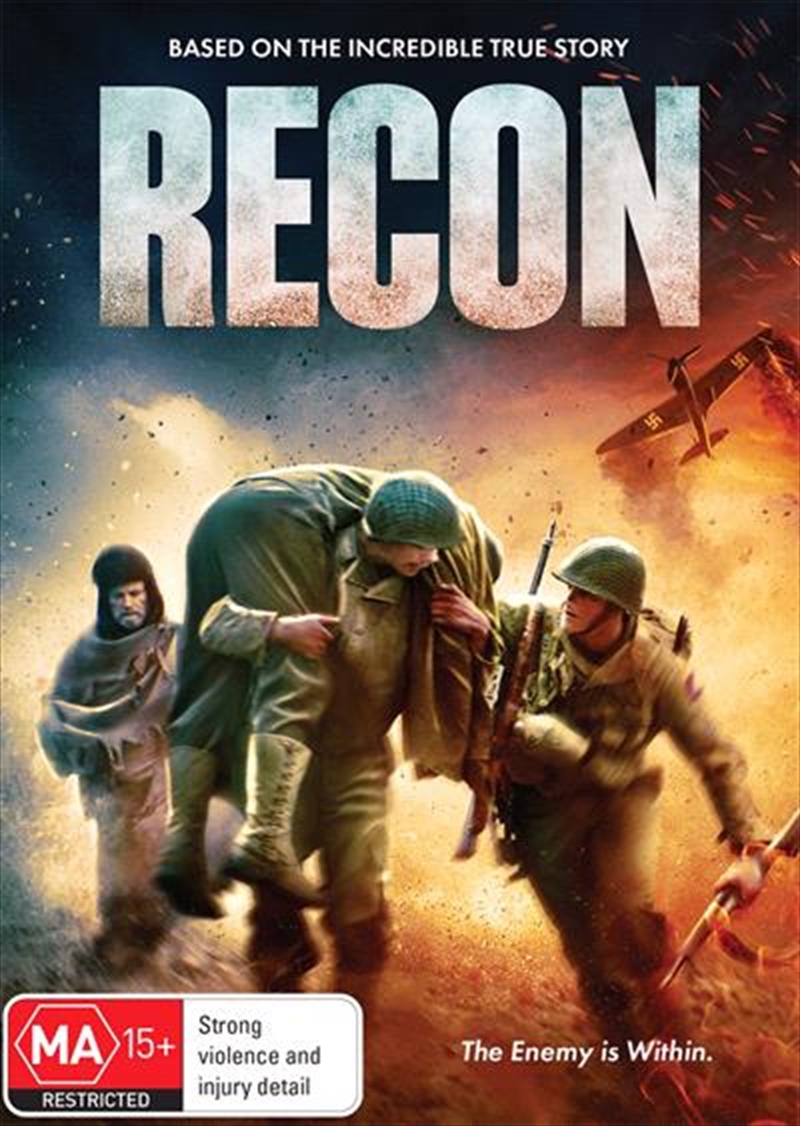 SEE MORE IN:
New Release DVD & Blu-ray New Release Movies 2 For $40 Movies All 2 For $40
DESCRIPTION
The enemy is within.

A thriller set in the mountains of Italy at the close of the Second World War. Adapted from the critically acclaimed New York Times best seller Peace by famed author Richard Bausch, and based on a true event RECON tells the story of four American soldiers in WW2, who after they witness a vicious murder of an innocent civilian at the hands of their platoon Sergeant, are sent on a reconnaissance/suicide mission lead by a local partisan, an elderly man whose indeterminate loyalties add to the terror and confusion that engulfs the Americans as they are hunted by an unseen enemy.
TRAILER
DETAILS