Once Upon A Twilight 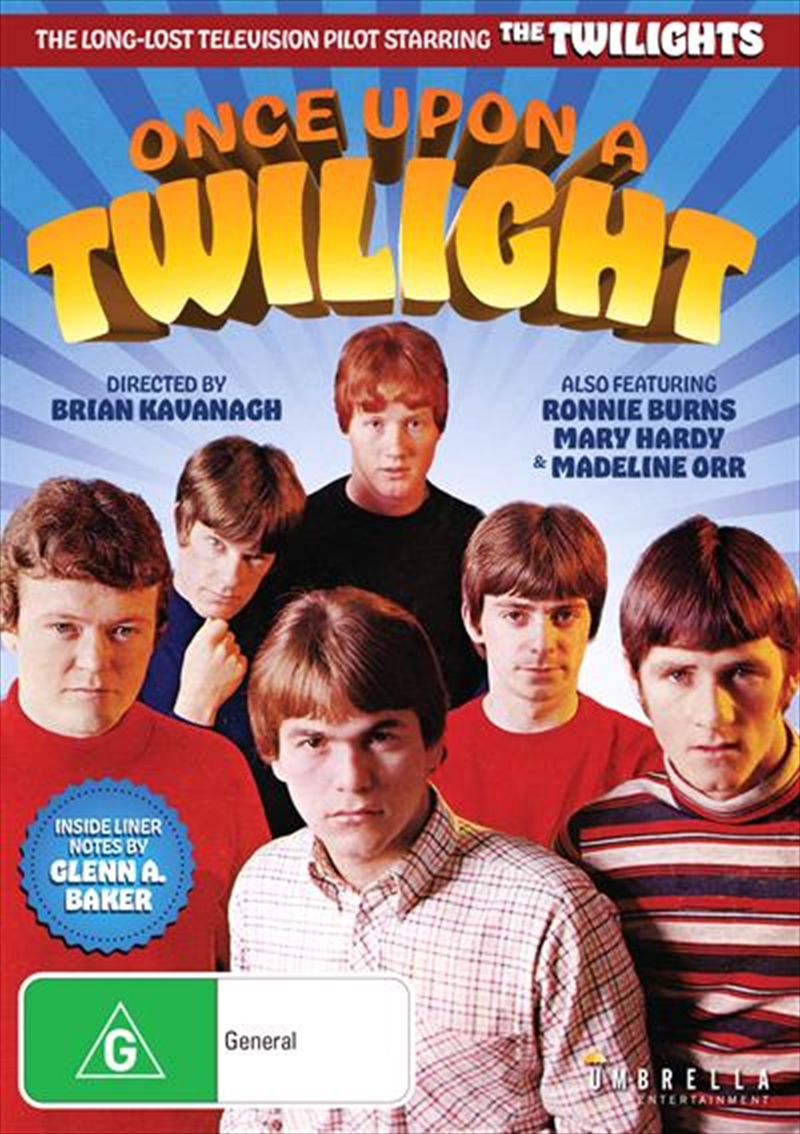 Once Upon A Twilight

Once Upon A Twilight DVD

One of the great 'lost' artefacts of Sixties Aussie pop, Once Upon A Twilight is the pilot episode for a proposed TV series starring Aussie pop sensations The Twilights. Inspired by The Monkees, the series was planned to feature the group going through the usual round of zany youthful antics, interspersed with musical numbers. The Twilights are joined by co-stars Mary Hardy plays the bands secretary and the fondly-remembered character actress Madeleine Orr, who plays the part of the president of the Gumnut Gully Ladies' Auxiliary, the mother of rising pop sensation Ronnie Burns' character Alphonse. Of the musical stars, lead singer Glenn Shorrock has always been considered a great performer - renowned for his comedic showmanship in The Twilights. Songs include their Abbey Rd-recorded classic 9:50 and Cathy Come Home Ronnie also performs one number, Terry Britten's In The Morning. &nbspOf interest to OzRock trainspotters is the location used for The Twilights' office - these scenes were filmed in the opulent Victorian-revival foyer of one of Melbourne's top discotheques of the day, the legendary Berties.
DETAILS

Title: Once Upon A Twilight