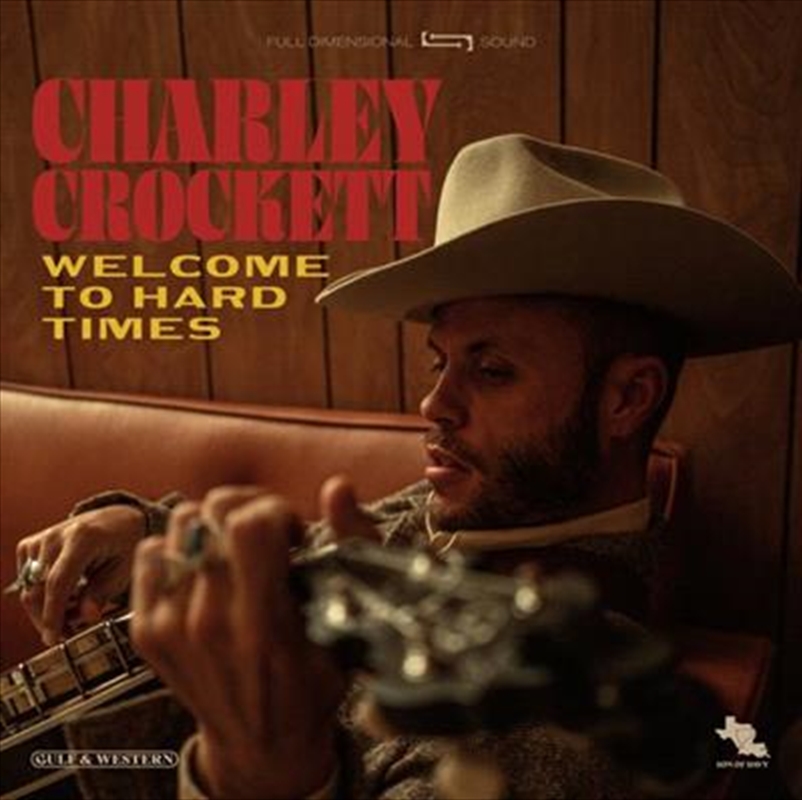 A bold new record from the definitive young voice in country and western’s modern reinvention. Produced by Mark Neill, with songwriting contributions from Pat McLaughlin and Dan Auerbach, Welcome To Hard Times ’ is a genre bending mix of classic country, psychedelic spaghetti western and rhythm & blues. It may draw on heritage sounds, but this aptly-named collection perfectly fits these troubled times.

Crockett shared his vision for the record, “This record is for the folks who feel like everything’s fixed. If you think you’re playing a rigged game, you’re right. If it seems like all the cards are marked in advance, they are. But you still gotta roll the dice, even when you know they’re loaded. “

Without the support of a major record label deal, Crockett has established himself as a breakthrough independent artist and the master of his own success. Generating over 36 million total streams across his song catalogue, growing a grass roots following from his sold out shows across America and Europe and making debuts at Stagecoach Festival, the Grand Ole Opry and Newport Folk Festival, with much more to come.

9 Rainin' In My Heart

12 The Man That Time Forgot